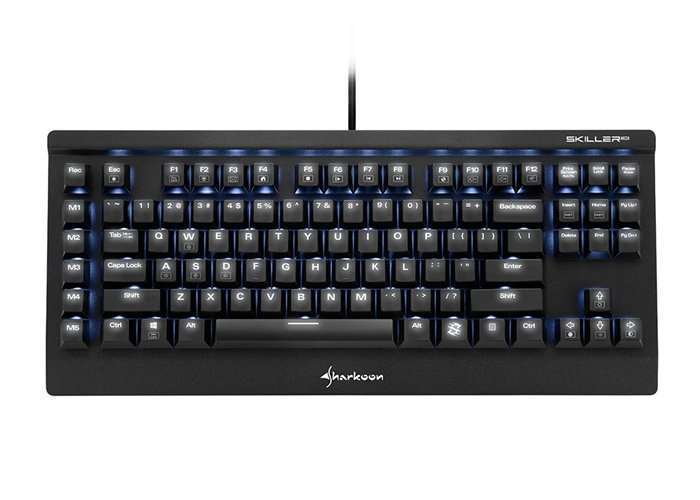 Gamers searching for an affordable mechanical keyboard may be interested to know that peripheral manufacturer Sharkoon has this week announced the availability of their new SKILLER MECH SGK2 mechanical keyboard which is priced at €45 and is now available from authorised retailers worldwide.

The SKILLER MECH SGK2 gaming keyboard is equipped with n-key rollover, anti-ghosting keys, gaming modes and function keys with preset multimedia actions. And also allows users to create macros that can be recorded without software, by using a record key built into the keyboard itself.

As with all mechanical keyboards by Sharkoon, the SKILLER MECH SGK2 again relies on the tried and tested switches from Kailh, the micro-switch specialist from Asia. Users have the classic choice between blue, brown and red switches. The tactile blue switches are known to provide acoustic and detectable feedback. For those not needing click noise will enjoy the brown switches, which have a detectable switching point but no acoustic feedback. The red switches offer an undetectable switching point and click point. All three, however, offer the same operating force of 50 grams and a distance to actuation point of 1.9 mm. The operating life cycle of the built-in mechanical keys, according to the manufacturer, is at least 50 million keystrokes.

Using the five macro keys on the side of the keyboard, the recorded macros can be easily launched at any time. Once again, just like in 2016 with the launch of the SKILLER MECH SGK1, each respective switch offers white LED illumination with an LED on every single key. The lighting is adjustable in three brightness levels, plus also offers a pulsating mode or completely turn off the keyboard illumination. The Sharkoon SKILLER MECH SGK2 connects via a textile braided cable with gold-plated USB plug.

Jump over to the official Sharkoon website by following the link below.