It’s called the Venge. The S-Works+McLaren Venge to be specific. The beautiful offspring of a rare partnership between U.S. bike makers Specialized and the super-speed maestros at F1 racing car meisters McLaren. The combination of design smarts and engineering brilliance has produced a carbon fiber bicycle that has so far wowed the cycling world. 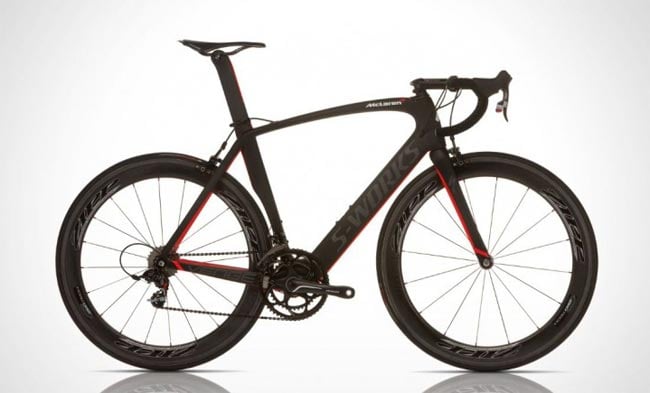 The real genius of the Venge, however, is in the back story. Work on the prototype that became the Venge started in 2006, when specialized main man Chris D’Aluisio had a sudden flash of inspiration. It wouldn’t be until 2009 that McLaren hopped aboard by first expressing their interest in a future collaboration. The union wouldn’t be consummated until mid-2010, when McLaren did it’s bit to improve the Venge prototype, which was stalled due to regulatory issues.

Come 2011 and the Venge has finally come to the world’s attention. It won’t hit stores until late this year and when it does, expect it to be available in the U.K. only for around five thousand quid. No U.S. release is on the horizon yet, so better start collecting those pennies for  a buy.