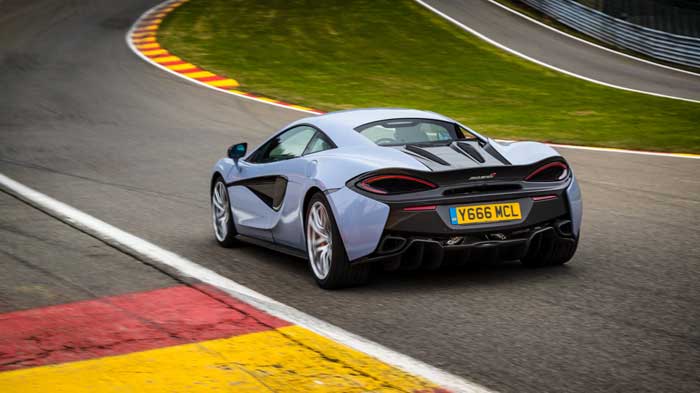 McLaren has announced some new options for the 570GT that will allow more customization by buyers. The car gets standard carbon-ceramic brakes and a Sport Pack is optional. That package lets the 570GT get the same options as the 570S Coupe and Spider.

The Sport Pack gives the car the same steering rack, damper actuators and uprights used in the Coupe and Spider. The 570GT also gets the adaptive damping, steering, and ESC from the S model. Sport Pack also includes the P-Zero Corsa tires used on the other models.

McLaren says that the Sport Pack will add £4,900 to the price of the car. McLaren is also offering a new roof via the MSO group that adds an electrochromic roof or the 570GT with driver controlled variable tint. That will be one of three available options with a green tint, and dark gray offered.