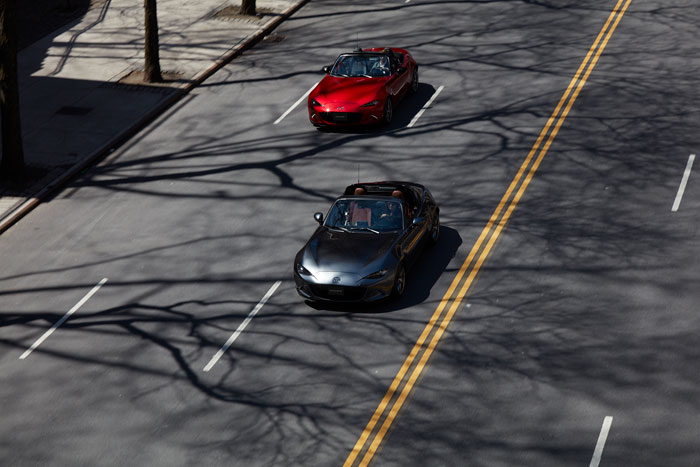 One of the most iconic vehicles Mazda has built since the late 80s is the Miata. The little two-seat roadster has been a popular car known more for style and handling than raw power. Mazda has confirmed that it will be moving to electrification with most of its vehicles.

However, the mantra for the Miata has always been lightweight and handling. One thing that hybrid and fully electric vehicles are not is light. Recently, Mazda head of European product development Joachim Kunz said in an interview with the publication Autocar that the push to electrify Mazda’s vehicle line would skip the MX-5 Miata as long as possible.

Kunz stated that Mazda expected the MX-5 to stick around at its current size and with a combustion engine. However, he admits that eventually, the car will have to be electrified, but the automaker wants the vehicle to be pure for as long as possible. Luckily the current generation MX-5 is easy on fuel and emissions, thanks to its lightweight and meager power.