Last week we reviewed an iPad application called Air Display that lets you use your iPad as a secondary display with your Apple Mac, now it looks like another company has released a version that is compatible with Windows PCs, called MaxiVista.

MaxiVista will let you hook up your iPad to your Windows PC via WiFi and use it as a secondary display, expanding your desktop, and it is compatible with Windows 7 and Windows Vista. 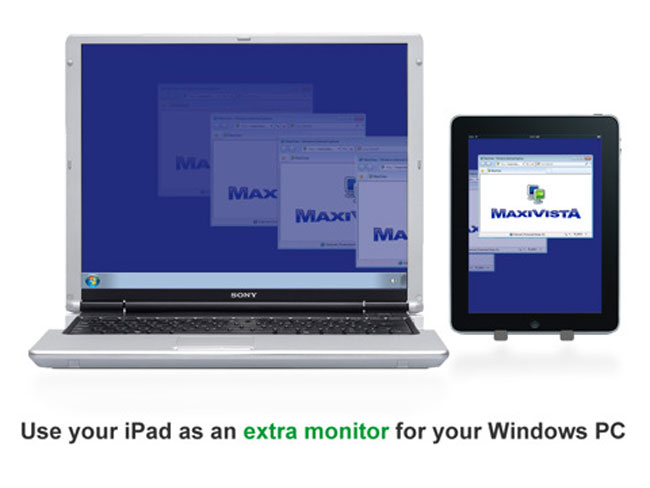 MaxiVista increases your desktop real estate by up to 40% allowing you to seamlessly move your program windows from your PC to the iPad screen as if it was one large monitor.

Take advantage of the new desktop space and spread windows over both displays to avoid swapping back and forth between overlapping program windows. Your productivity will be significantly increased.

MaxiVista is available for $9.99 from the App Store.