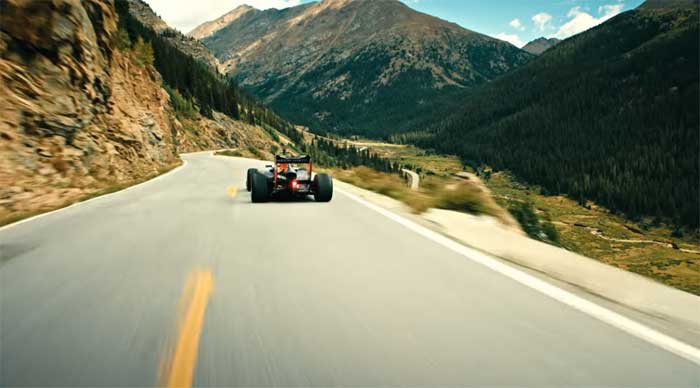 It’s always impressive to see drivers flying around a race track in F1 cars. The sounds and speeds these racers are capable of are incredible. It’s even cooler to see these F1 racing machines flying down public roads. Red Bull racing unleased its F1 car and Max Verstappen on the roads of Colorado.

The car flies down the narrow mountain roads and even took a bit of a dirt road excursion to drive through some of the tunnels carved out of the rock along the continental divide. After spending some time in the mountains, Verstappen and his car headed to Miami.

He had to get some grippier tires to make it in the sand and ended up doing some donuts and racing a speedboat. The video is very cool, check it out below.