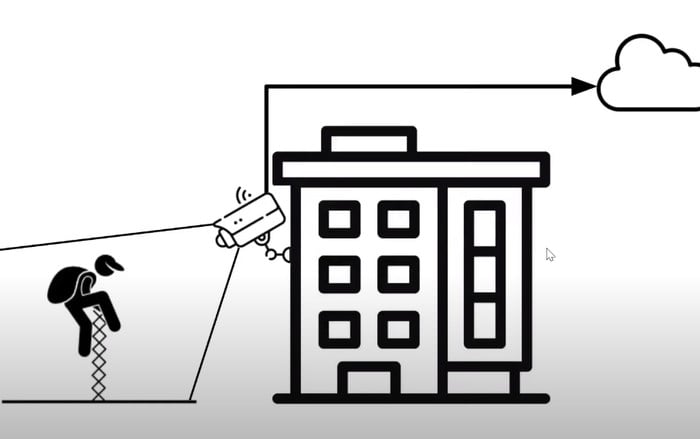 MaViS of the Machine Vision Security system has been created to provide users with a machine learning based security platform that automatically monitors and detects people in a scene, and then alerts the user in real time by sending an image and video to their email. MaViS consists of three parts an edge device (in this case the NVIDIA Jetson Nano Developer Kit), the cloud, and a mobile component for alerts. The edge platform used is the Nvidia Jetson Nano 4GB Developer Kit, and the cloud infrastructure was built using Amazon Web Services (AWS).

“The Jetson Nano analyzes footage collected by a connected webcam in real time. The NVIDIA DeepStream SDK serves as the streaming analytics toolkit. The team chose a ResNet10 model pretrained to recognize a few classes such as a vehicle, two-wheeler, person, or road sign. For this project, the team focused on the person class to detect a possible intruder.

Detection events are sent by the Jetson Nano to an S3 bucket in the cloud, which then triggers a series of lambda functions. These functions process and return the data to the S3 bucket, while corresponding video data is stored in an Amazon RDS database. AWS SES sends an e-mail notification with data access points (including images captured) to the user. The application code running on the Jetson Nano was implemented in Python.”

“The team experimented with both Raspberry Pi and Jetson Nano on the first and second iterations of their project and decided to keep using Jetson Nano along with the DeepStream SDK for the final project iteration. This was motivated by a need to perform as much computation on the edge as possible.”