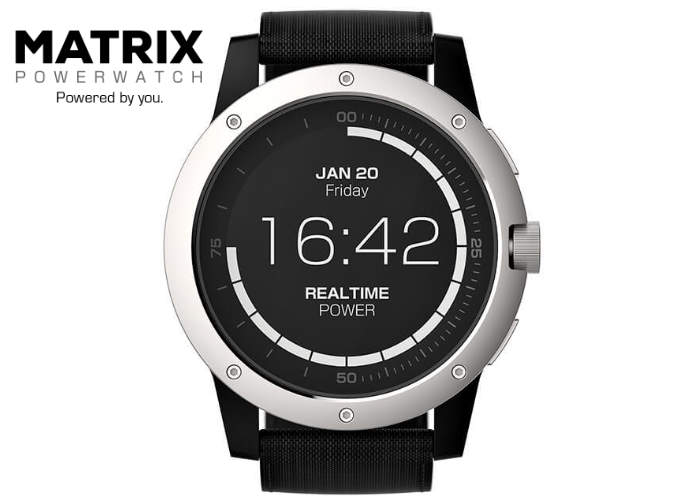 Current smartwatch owners that find charging their wearable device on a daily basis a chore, may be interested in a new wrist worn smartwatch which never needs to be removed to charge and uses your body heat to replenish its battery.

The Matrix Powerwatch smartwatch uses thermoelectric technology to charge its battery, and on the watch face displays how much electrical power your body is generating. Watch the video below to learn more about this unique self charging smartwatch and its features.

The developers of the Matrix Powerwatch smartwatch explain more :

Unlike today’s smartwatches which need to be recharged every day or two, the MATRIX PowerWatch never needs to be removed from your wrist for charging. The PowerWatch runs off your body heat and when you take it off, your data is stored in memory and it goes to sleep; put it back on and the watch turns back on right where you left it. It’s got a power meter that tells you how much electricity your body heat is producing.

Your body turns the calories you consume into heat. The PowerWatch accurately measures the calories you burn using our advanced thermoelectric technology. The PowerWatch is a rugged aircraft-grade aluminum smartwatch that wirelessly syncs with your smartphone, automatically adjusts to the current time zone, and has changeable watch faces. The PowerWatch tracks your activity and sleep and is water resistant to 50 meters so it’s great for swimming.

For more information on the new Matrix smartwatch jump over to the Kickstarter website via the link below, for details and to make a pledge from $119 for super earlybird backers, with shipping expected to take place during July 2017.