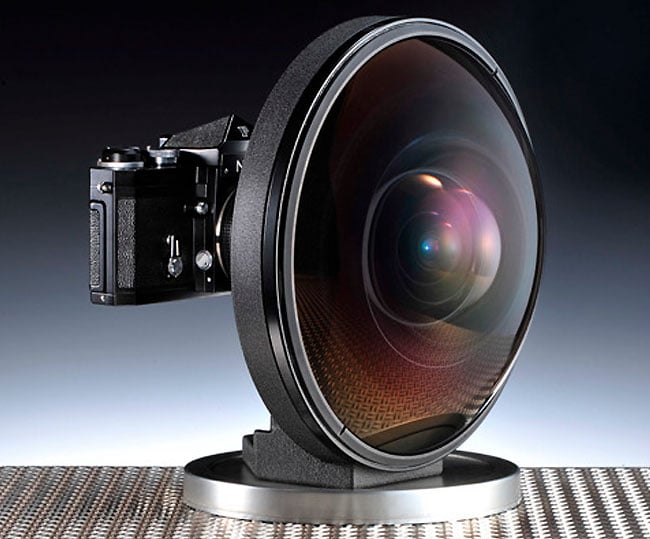 The huge Nikon fisheye lens weighs in at 5.2 kg and measures 171mm long and has a diameter of 236mm. Within its design there are 12-elements-in-9-goups optic delivering a picture angle of 220 degrees, and is able to see behind itself due to the massive fisheye effect it creates.

Only a few hundred of the massive Nikon 6mm F2.8 Fisheye lens were ever produced, and were initially created for scientific and industrial usage. But if you fancy adding this to your camera case its now available to purchase for $160k.