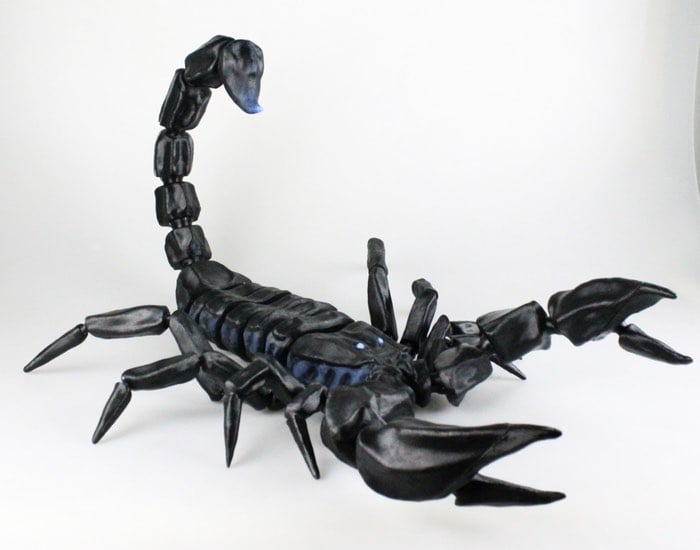 Greek designer Vasileios Katsanis has created huge 3D printed scorpion that has been constructed to provide 53 articulated parts and has been created after he joined the MyMiniFactory Academy.

The 3D printed scorpion measures 110cm x 40cm x 60cm in size and is constructed from 53 individual parts and is now available to download from the MyMiniFactory allowing you to create your very own.

I believe that 3D printing is an amazing way to express yourself, create art, useful objects and interesting mechanisms and I think that there is a lot of future in it. Since I joined the academy, I was flirting with the idea of creating a poseable creature.

The body of insects bend only at specific points – they are like ‘mechanical’ creatures. So, I thought that a 3D printed insect with moving parts would look way more natural than, for example, a mammal with moving. From that point on, I had to decide what insect [I was going to design] and I chose the scorpion because I think it is one of the most fascinating beings in the world of insects. 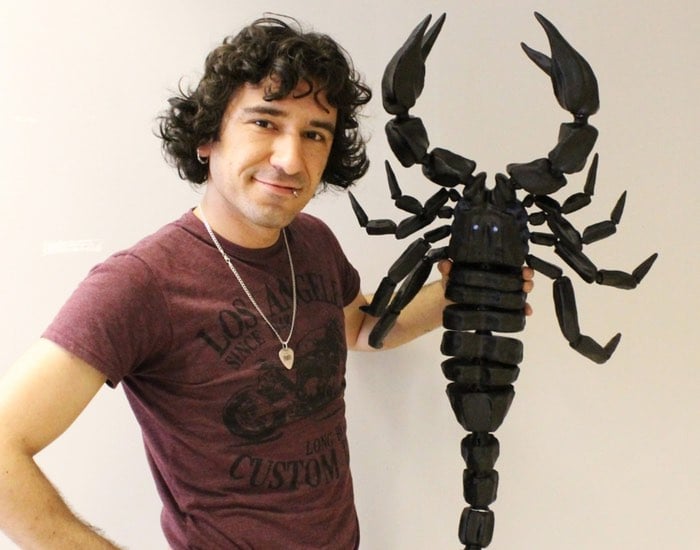