BioWare has announced that any MAss Effect 3 player wh have downloaded and installed the latest Mass Effect 3 Resurgence Pack multiplayer DLC will be able to take part in the Operation Resurgence multiplayer event this weekend.

The recent Mass Effect 3 Resurgence Pack multiplayer DLC was released by BioWare for free and adds new unlockable content: deadly weapons, new consumables, and powerful characters for each class in multiplayer, including the Asari Justicar, Batarian, Geth, and Krogan Battlemaster. 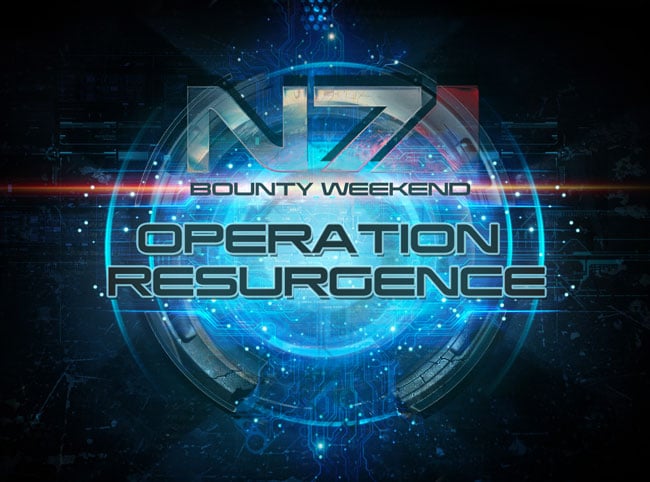 As well as adding to new maps, called Firebase Condor and Firebase Hydra to the mix. The Resurgence Pack is free to all Mass Effect 3 players with a valid online pass code on Xbox 360, PS3 and PC. You can download it on your preferred platform right now. You can also watch the trailer released by BioWare for the DLC below.

** Warning**  There is a “Resurgence Pack” download on the Xbox Live Marketplace for 320 MS Points. This was uploaded in error, and BioWare is working to remove it. Don’t spend money on this!

“Operation BEACHHEAD eased the pressure on allied planets and freed up conventional forces that were being hammered by the Reapers. With these reinforcements, the allies can use RESURGENCE to target more critical infrastructure.

Anyone who has the Resurgence Pack multiplayer DLC operational during this weekend will be granted a Reserves Pack. A Reserves Pack unlocks one of the new random alien classes guaranteed.

All participating squads will earn +10% additional experience when playing on the Resurgence expansion’s new maps, Firebase: Condor and Firebase: Hydra.”