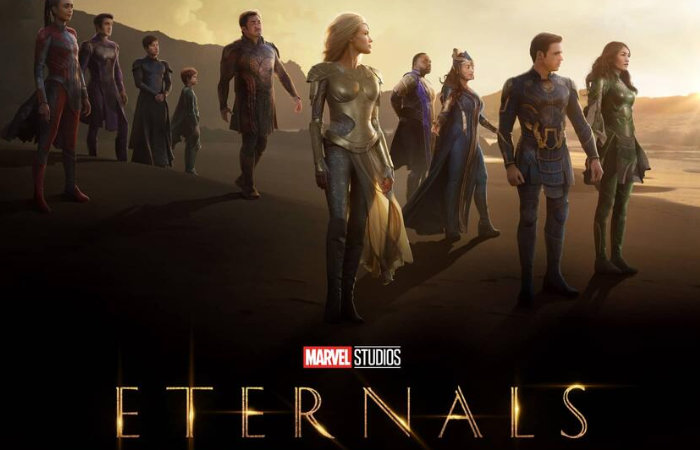 “Marvel Studios’ Eternals features an exciting new team of Super Heroes in the Marvel Cinematic Universe, ancient aliens who have been living on Earth in secret for thousands of years. Following the events of Avengers: Endgame, an unexpected tragedy forces them out of the shadows to reunite against mankind’s most ancient enemy, the Deviants.”

“After the return of half the population in Avengers: Endgame (2019) ignites “the emergence”, the Eternals—an immortal alien race created by the Celestials who have secretly lived on Earth for over 7,000 years—reunite to protect humanity from their evil counterparts, the Deviants”

“In the trailer, the wise and spiritual Ajak (played by Salma Hayek) explains the situation at hand to Ikaris (played by Richard Madden), “Five years ago, Thanos erased half of the population of the universe. But the people of this planet brought everyone back with a snap of a finger.” However, the events has caused an unexpected conflict for them, “The sudden return of the population provided the necessary energy for the emergence to begin.” Unfortunately, they only have seven days.”