A new type of watch has been created by Martian Watches, that has been designed to allow you to use your smartphones voice commands directly from your wrist.

The Martian watch is marketed as the first of its kind incorporating voice commands from a smartphones and its currently over on the Kickstarter website looking to raise enough funds to make the jump to production. Watch the video after the jump to learn more about the Martian project. 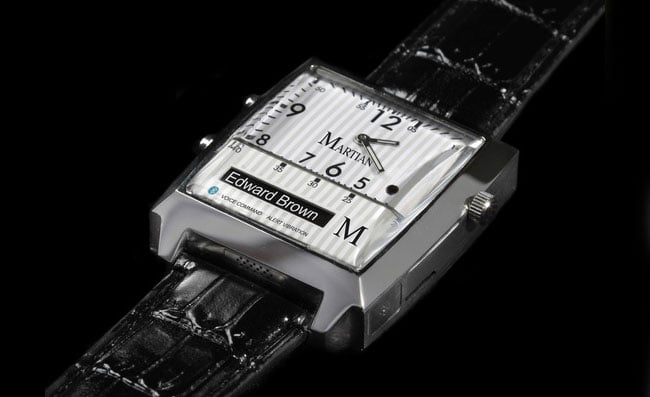 The Martian Watch allows you to keep your smartphone safely tucked away in a pocket or bag while you can control it “Dick Tracy” style by communicating with your smartphone via your wrist. Allowing you to place and answer calls, send and receive SMS messages, and use your smartphones native voice app, including Apple’s Siri or S-voice and Google Voice.

“We knew the world didn’t need another Bluetooth headset.  Our idea? “Why not a Bluetooth voice command WATCH?”  You could actually enjoy wearing it.  You wouldn’t have to take it in and out of your ear all day.  It would always be there and there’d be even more it could do for you!  For example…like other Bluetooth watches we love, it would also give you “info at a glance”notifications.  But with a voice watch, if you saw you were getting a call from a friend, you could simply answer it on the watch and leave your phone where it is…pocket, purse, backpack, running armband…wherever. “