Marshall known as one of the best amp manufacturers this week has launched a new version of their “Major” headphones, which are now equipped with an in-line mic. 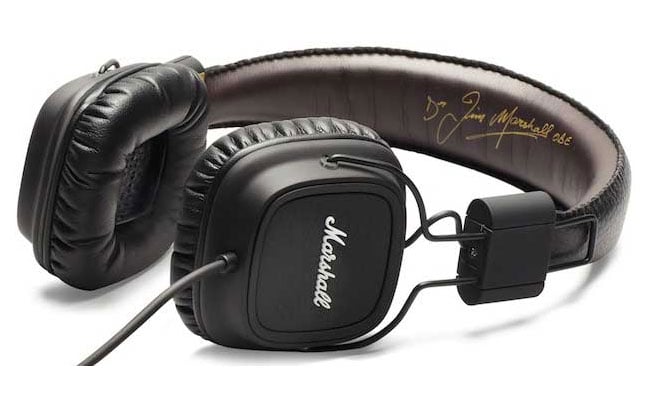 The Marshall Major headphones are also equipped with with a large 40-millimeter moving coil in each speaker and an impedance rating of 32 ohms plus-or-minus 15 percent at 1kHz. With a sensitivity rated at 121 db (plus-or-minus 3db) per speaker at 1kHz, 1mW.

To use the remote and in-line mic click once to play and pause music as well as receive and end phone calls. Click twice to forward your music, and click three times to go back. The microphone and remote are compatible with most mobile phones featuring a 3.5mm plug. 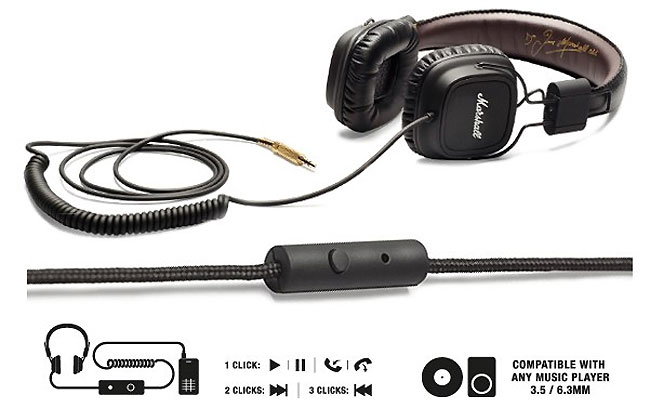