This faux mission has gotten a lot of mileage here at Geeky Gadgets. But if this is the first time you’ve read about Mars500, don’t fret. It’s a multinational experiment involving several astronauts locked in a ‘habitat’ that simulates spacecraft conditions on a Mars journey. The 500 are the days they spent inside. Imagine that: 500 days locked in a faux spacecraft. 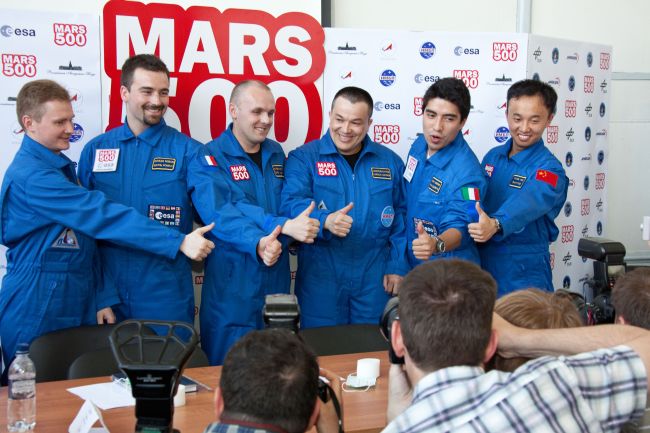 The European Space Agency initiative launched Mars500 a year and a half ago in its bid to understand how humans can psychologically cope with a long journey in space. The results were better than expected, even though the six men from four different countries spent 520 days on a diet of canned food. We wonder what they had to eat when they finally came out on Friday.

Emerging outside the underground car park where the mission was carried out, the six astronauts were in tip-top shape and none of them acted deranged. A miracle considering Jack Nicholson snapped in no time after the hotel got cut off in The Shining. Then again, that hotel was haunted by infernal ghosts. The worst these Mars500 volunteers had to go through was taking only one shower a week. Oh well, as the saying goes, in space no one can smell you… from afar.

Movie references and speculation aside, the big challenge now is to begin the long anticipated Mars odyssey.