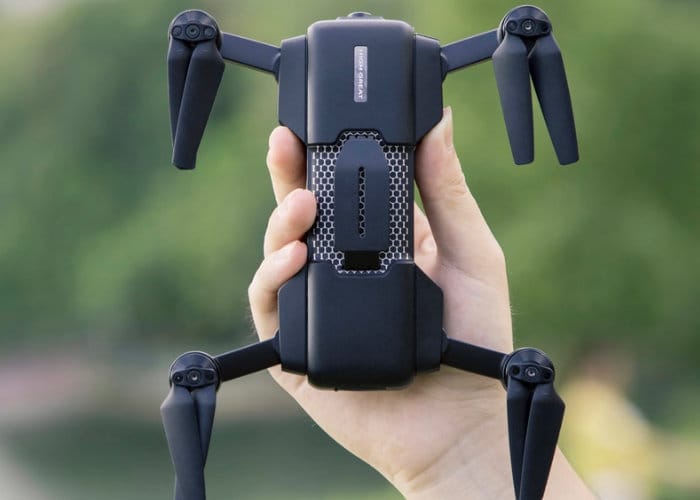 A new drone has this week launched via Kickstarter with the aim of raising the required funds to make the jump into production. The Mark Drone designed by a team based in Los Angeles California and Hong Kong offers a foldable pocket-sized drone equipped with “visual inertial odometry positioning” technology, 4K image stabilisation, auto tracking, trajectory recall and is based on a Qualcomm platform.

The Mark Drone has been created to provide an easy setup process and requires no calibration making it ideal for those new to drone flying. Watch the demonstration video below to learn more about its “visual inertial odometry positioning” technology and features. “Any flying object requires a sense of position in the air. Dropping a GPS module into a drone made for an easy method to assist pilots with steady flight. GPS to the modern drone has been of great benefit to navigation and flight, But is it really the best way? The VIO helps Mark locate itself based on position relative to its surroundings rather than satellites, realising true autonomous flying.” 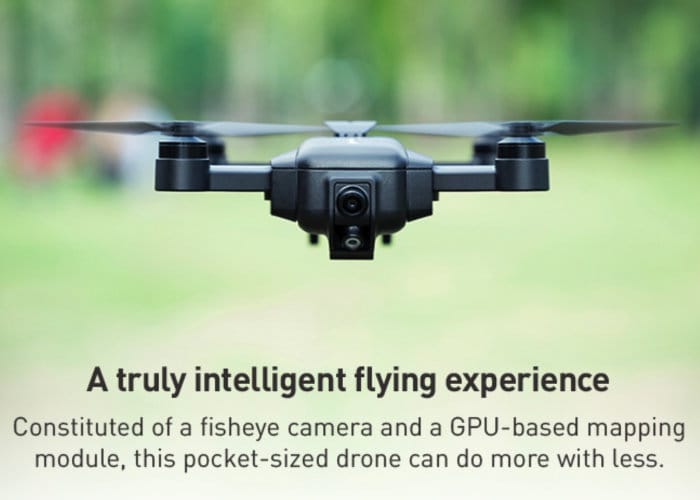 The Mark Drone is now available to back via Kickstarter with early bird pledges available from £180 or $239 with worldwide shipping included in the price. If all goes well, Mark is hoping to start worldwide shipping during August 2018. For more details, specifications and a full list of all available pledges and optional extras jump over to the official Kickstarter crowdfunding campaign page by following the link below.