If you want to be specific, this flying machine from e-volo isn’t exactly a quadrocopter. At 16 rotors strong, it’s a first of it’s kind, a still prototypical multicopter. But lets settle on quadrocopter in the meantime, since its rotors are arranged in four separate clusters anyway. The big news is this multiplied electric powered quadro from e-volo, a German company, made its historic first flight. 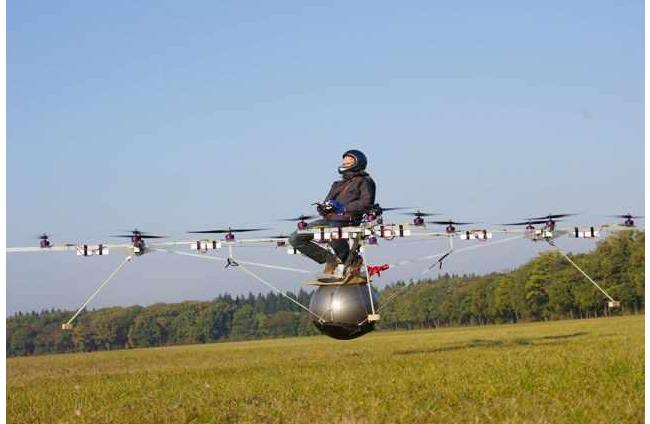 You’d think the pilot flew it over the Italian alps or something. But the truth is, the quadrocopter took off and hovered for a little under two minutes. Yup, real Wright Brothers stuff. It’s historic too and there’s great video evidence for the records.

The e-volo people behind it want their aircraft to be commercially available soon and capable of much longer distances than taking off from a grassy patch. There’s talk of a hybrid powered model but nothing is set in stone at this point.