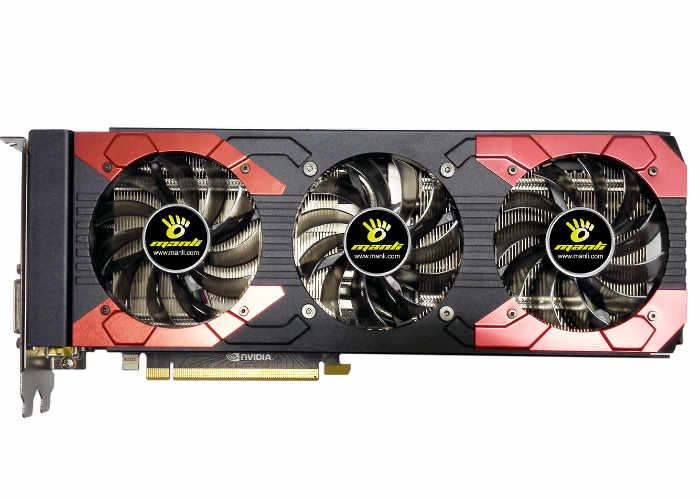 Hardware manufacturerManli has this week unveiled their version of the GeForce GTX 1070 Ti revealing specifications of their brand-new GTX 10 series graphics solution which is equipped with either a triple cooler fans set up or blower fan. The GeForce GTX 1070 Ti graphics card is powered by the latest NVIDIA Pascal architecture and equipped with built-in 2,432 CUDA Cores, with core frequency is at 1607MHz, base clock that can boost up to 1683 MHz with 8 GB GDDR5 of RAM and supporting the latest features of DirectX 12.

DirectX 12 has been designed to introduce the next generation of Direct3D, one of the most critical pieces of a game or game engine as well as  the graphics API at the heart of DirectX. For more information on DirectX 12 visit the official Microsoft Developer blog here.

Unfortunately, no information on pricing or worldwide availability has been released as yet by Manli, but as soon as information comes to light, we will keep you updated as always. 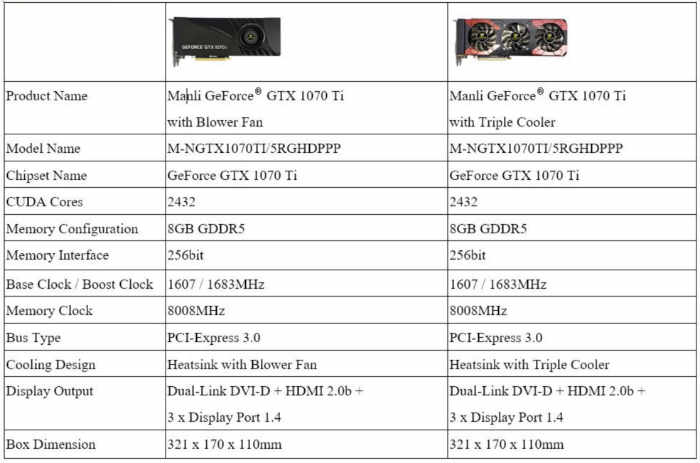