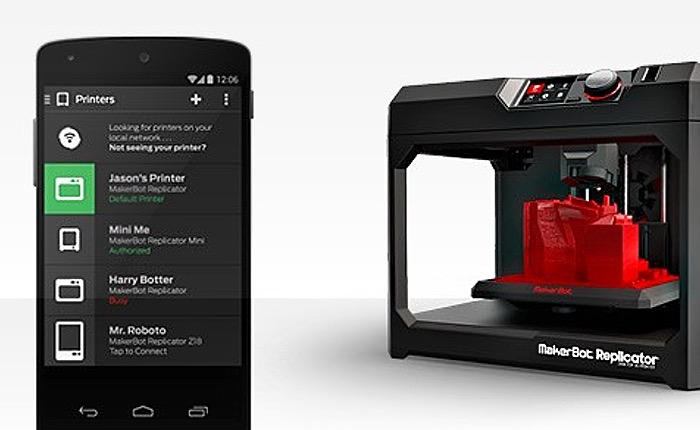 MakerBot has this week announced the released a new MakerBot Mobile application for Android users to enjoy, following on from the launch of the MakerBot Mobile iOS version earlier this year.

The new makerBot Mobile Android app provides users with the same intuitive and powerful application as on iOS, that allows MakerBot users to access their own Cloud Library as well as monitor and control their MakerBot Replicator 3D Printer.

When users are on the same wireless network as their Replicator 3D Printer it is possible to access and print any 3D model you’ve saved to your Library using MakerBot Desktop. As well as providing the ability to monitor, cancel or pausing prints when needed. MakerBot explains a little more about its functionality :

“MakerBot Mobile adds a revolutionary layer of convenience and ease to your 3D printing workflow by allowing you to access everything MakerBot from your mobile device and prepare digital designs for 3D printing.

Choose a downloadable digital design from Thingiverse or any 3D model file stored in your MakerBot Cloud Library, then use MakerBot cloud servers to optimize, scale, and slice your design for 3D printing, layer-by-layer. MakerBot Mobile does all the work for you so all you have to do is confirm the print on your MakerBot Replicator 3D Printer”

For more information on the new MakerBot Mobile Android app jump over to the MakerBot website for details via the link below. Or visit the Google Play Store to download the application for free.