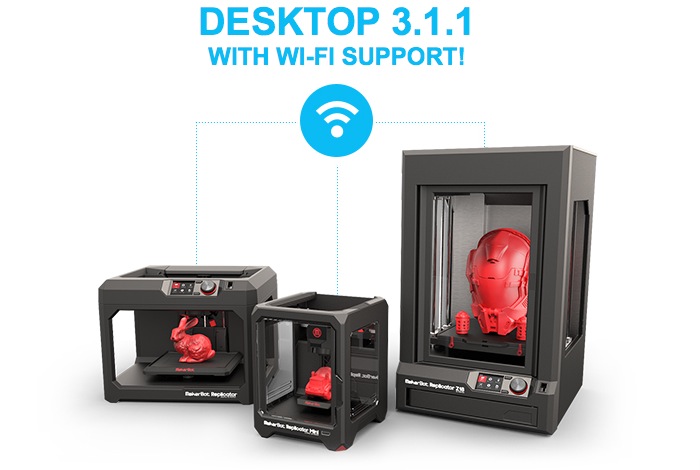 MakerBot has this week announced the roll-out of a new version of its Desktop software in the form of the latest 3.1.1 beta release which has brought with it support for wireless 3D printing.

The new update from MakerBot now enables users 3D printers to use a new feature to connect any Fifth Generation MakerBot Replicator 3D printer to an already setup wireless network in your home or office.

Other new features also rolling out in the latest MakerBot Desktop update include the addition of Smart Extruder temperature to the print monitor panel. MakerBot explains :

“MakerBot Desktop is a complete solution for discovering, managing, and sharing 3D prints. Continuing, planned enhancements to the app ensure that it will soon be recommended for all MakerBot Replicator 3D Printers (plus, the MakerBot Thing-O-Matic).

For 3D printers that are not supported by the latest update will need to download MakerBot MakerWare. For more information on the new MakerBot Desktop update jump over to the MakerBot website for details.