Not too long ago, the Dropbox-acquired company, Mailbox, released its dedicated Android app which came with a new Auto-swipe feature.

Recently, Mailbox for iOS received an update, bumping it to version 2.0, and brings the newly introduced Auto-Swipe feature to iOS de vices, along with lots of bug fixes and improvements. 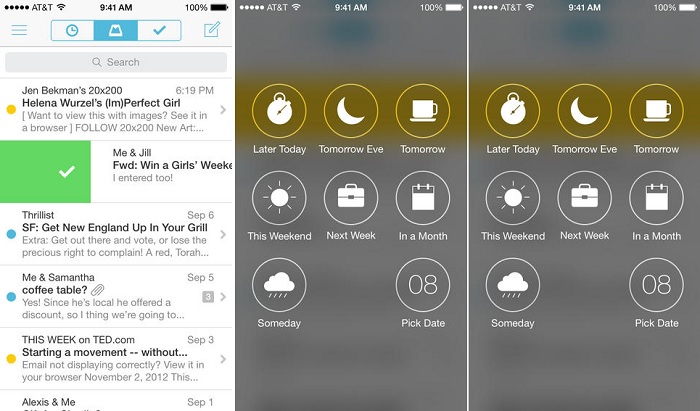 Mailbox is one of those apps, which gets more smarter the more you use it, thanks to the auto-swipe feature. Auto-swipe takes notes of your gestures, and see which emails you move to archive, or which you mark as read. For instance, if you archive too many emails from a particular sender, it will automatically archive future emails from that person. This is done for a number of other tasks as well.  The feature was introduced in Android version earlier this month, and is now available for iOS users to enjoy as well.

Here’s the complete change log of Mailbox 2.0 for iOS:

Head over to the App Store and download the updated Mailbox 2.0 for iOS device.