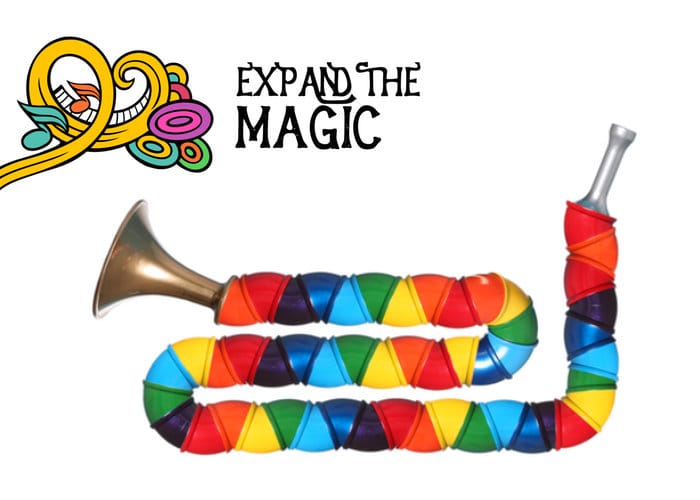 A unique “magical” musical toy has launched via Kickstarter this week in the form of a coloured trumpet that can be contorted into a wide variety of different shapes, with mouthpieces that can be interchanged to make different sounds. Introducing your child to music they can create themselves from an early age.

Watch the promotional video below to learn more about the musical toy instrument created by Kai G Toys based in Sydney, Australia. The musical instrument has this week launched via Kickstarter with the aim of raising just under £30,000.

“In the midst of living in a technology-based society, your children don’t need a screen to have fun during playtime. The Magical Musical Thingy-Majigger reintroduces traditional, hands-on sensory activities and creates an opportunity for them to be more imaginative and inventive. For budding engineers, scientists, musicians, actors, dancers and entrepreneurs, ages three and up.”

Pledges are available from £22 the early bird backers offering a considerable 35 percent discount off the recommended retail price which will take effect once the crowdfunding campaign concludes. If all goes well and the Kickstarter campaign is successful worldwide shipping is expected to take place during December 2018.