If you enjoy creating 3D computer models and scenes, you might interested in a new project which has launched over on the Kickstarter crowd funding website this week called the Lynx A Camera.

The Lunx Camera has been designed to provide an easier way to create scene, object and motion capture models, and immediately output the files into formats such as PLY, OBJ, STL, XYZ, JPS, BVH, and more. Watch the video after the jump to see it in action. 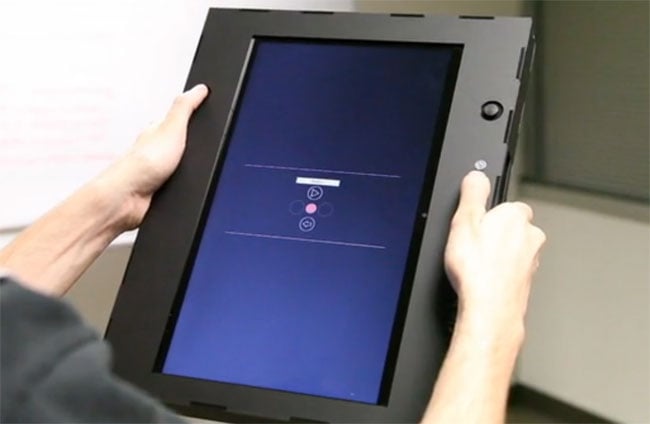 The new Lynx 3D camera has been created by Lynx Laboratories and claims to be te very first point and shot 3D camera available on the market. Once the Lynx is powered up you can then choose between scene modeling, object modeling, and motion capture.

“The Lynx A camera is for anyone who wants or needs 3D content. Whether you’re an architectural surveyor, VFX artist, video game engineer, maker, or just think its cool, you’ll find the content produced by our camera to be useful and easy to acquire.

It’s a light, plastic device shaped like a tablet. It has specialized, front-mounted optics including a 640×480 color camera and a 3D sensor. On the front, there’s a large, 14″ color LCD screen for an instant and accurate view of imaging results. You can navigate your captured models using joysticks, just like a videogame controller. The device has a powerful graphics card for capture/render and high-capacity storage. The battery is good for four hours. It fixes the annoying stuff (bad battery life, small screens, costly storage) of conventional cameras.”