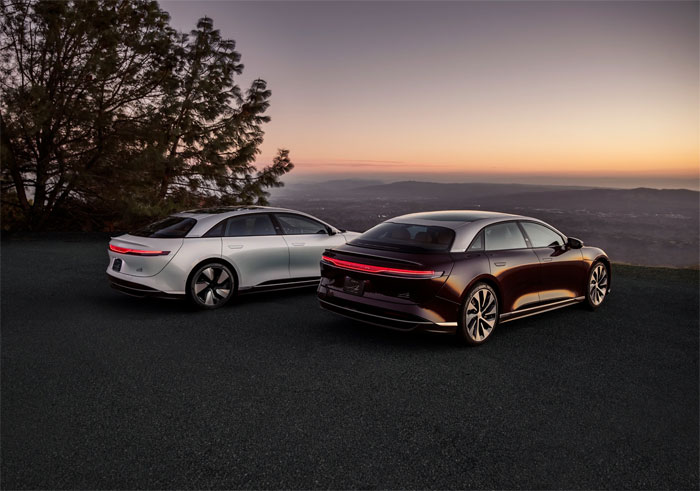 The standard Grand Touring version can reach 60 mph in three seconds and has an overall driving range of up to 516 miles per charge. Lucid says that vehicle leads the entire EV industry in driving range. The Performance model has an estimated driving range of 446 miles.

The Grand Touring models utilize dual motors with one for each axle, providing all-wheel drive. However, to reach the 516 miles of driving range, the standard model does have to be fitted with 19-inch wheels. Moving to the optional 21-inch wheels reduces the driving range to 469 miles per charge. Deliveries for the Performance model will start in the US in June with an MSRP of $179,000. Standard Grand Touring deliveries are underway now.