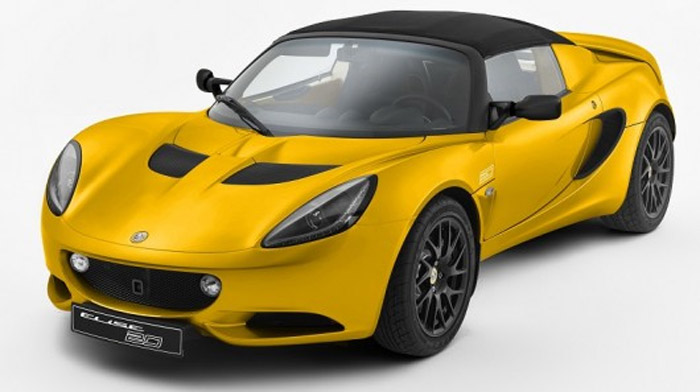 The very first Lotus Elise was seen in 1995 when the car was unveiled at the Frankfurt motor show. The car looked like an exotic, but has been powered by 4-cylinder engines that don’t produce that much power. Luckily, for Lotus fans, the cars have always been more about handling than raw power and the Elsie has always been a lightweight model focused on handling.

To celebrate the 20th anniversary of the Elise, Lotus has unveiled a special edition that replaced the Elise Club S Racer in the line. Lotus’ special edition is called the Elise 20th Anniversary Special Edition and it has some special touches. The car is a bit lighter than the current Elise S Club Racer at 2015 pounds.

Power comes from a 1.8L supercharged four that can push the car from 0-62mph in 4.6 seconds and to a top speed of 145mph. Despite the lighter weight, the performance of the anniversary model is a bit less than the Elise Club S Racer version it is based on. Anniversary models get black forged alloy wheels, lightweight sport seats, and other blacked out touches along with anniversary badges. The car will be offered in blue, green, yellow, and silver colors starting at £39,900 or $58,900 in the US.