In 1969, Neil Armstrong and Buzz Aldrin did more than just step on the moon. They also brought back a bunch of moon rock and dust samples for scientists to study. However, when they got back from their trips, a bunch of the vials went missing. Now, over forty years later, those samples have been found in storage in California.

Karen Nelson, an archivist for Lawrence Berkley National Laboratory, discovered the vials. Nelson was going over random artifacts when she stumbled upon twenty vials of moon rocks that are dated from 1970 and tightly packed within a vacuum sealed container. 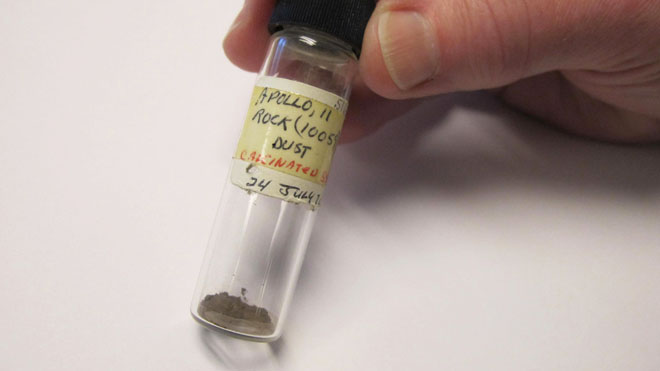 The vials were first noticed to have gone missing in 1971, when the issue was addressed in an academic paper that used the moon rocks as its main focus. No one knows how or why the moon rocks ended up in the laboratory’s storage, but they have since been returned to NASA and now sit within its sample vault, waiting to be used for lab testing for the first time in forty years.