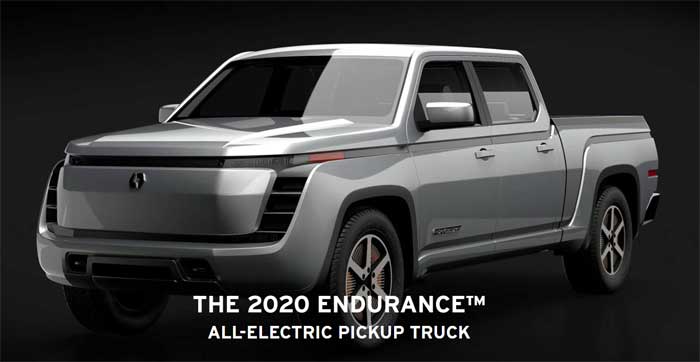 One of the new companies to step in the electric vehicle realm is called Lordstown Motors. The company intends to produce an electric pickup called the Endurance that has a quartet of in-wheel hub motors. The design of the vehicle gives it as few moving parts as possible to make the design more robust and longer-lasting.

The four motors also gives the truck a true four-wheel drive. The truck promises a base price of $52,500 and a range of 250+ miles while seating five and offering the ability to tow 7500 pounds. Peak horsepower is 600, and the truck is being aimed at fleet owners looking to go green and save money on the total cost of ownership. Lordstown Motors recently published an open letter blaming coronavirus for a slowdown in the production of its pickup.

The company had announced in the past that it would unveil the production-intent Endurance truck at the North American International Auto Show in June. However, that won’t happen because the show was canceled. The company says that it will still introduce the Endurance sometime in the early summer, possibly via a virtual reveal from its HQ. The truck will begin deliveries to fleet buyers in January 2021.