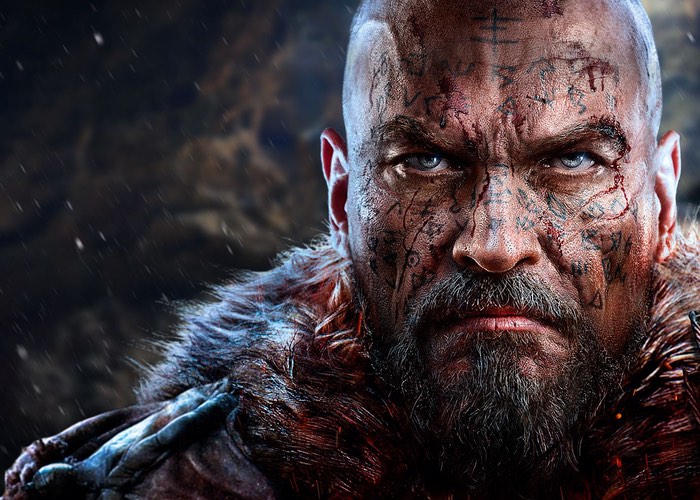 The Lords of the Fallen game offers a single player, third person, action role-playing title that has been developed by Deck13 Interactive and CI Games and was first released back in 2014 for PS4 , PC and Xbox One.

Plunge into the new Digital Complete Edition of Lords of the Fallen! Master the Challenge in the Ancient Labyrinth expansion containing a new location, loot and enemies led by a powerful new Lord. Embark on a Monk Decipher Quest, equip powerful Demonic Weapons or armors from the Lionheart Pack and enhance your powers with Arcane and Foundation Boosts.

Ancient Labyrinth :Plunge into a new campaign within the long-forgotten mazes of the Ancient Labyrinth. Discover new that reveals more of Harkyn’s world, work your way through a vast labyrinth, challenge the worshipers of a fallen god, and face one of his most powerful Lords to put an end to an ancient conflict that has raged for millennia. In order to access the Ancient Labyrinth, speak to the Crafter once the Beast is defeated….

The Lionheart Pack : The Lionheart Pack provides equipment worthy of a mighty champion: Courage Armor and The Lion’s Head shield offer unparalleled protection. The menacing hammer known as The Scream is perfect for taking the fight to the enemy.

The Monk’s Decipher : Embark on a quest to decipher ancient runes in the Keystone Monastery and earn the right to wield The Compass. This legendary artifact will help discover hidden locations and secrets by alerting Harkyn to their presence.

The Arcane Boost : The DLC package contains 2 special resource cards which can be redeemed for a small boost to help Harkyn get started: Spell Points Card Play this card to achieve 1 additional Spell Point. Rune Card Play this card to achieve 3 small sealed runes. The resource cards will be added to the inventory of each of your characters / savegames as soon as the DLC is installed….

Lords of the Fallen : Lords of the Fallen is the evolution of Action RPG featuring a complex and satisfying melee combat/magic system where every fight counts. The once-defeated Rhogar legions are re-emerging from their dark realm and Harkyn, a convicted criminal rejected by society, is humanity’s last hope for salvation. Plunge into a mature dark fantasy realm and confront the demonic army of the Fallen God….

The Foundation Boost : The DLC package contains 2 special resource cards which can be redeemed for a small boost to help Harkyn get started: Attribute Points Card Play this card to achieve 2 additional Attribute Points. Potion Card Play this card to achieve 1 additional health potion. The resource cards will be added to the inventory of each of your characters / savegames as soon as the DLC is installed. By using a resource card you will be rewarded with the corresponding resource and the card gets destroyed….

Demonic Weapons Pack : A set of three powerful, demonic weapons: The sword IHIR (“the one who”) for attack and defense. Twin daggers MARGYR (“friends”) that excel in all-out attack. The hammer THEHK (“thief”) able to steal magical energy.