Take note: over water. But don’t fret; the longest bridge on Earth is still found in mainland China, except in a different place. The longest bridge over water, as certified by the Guinness Book of World Records, is a 24.6 mile stretch spanning the aquatic divide between Qingdao and Huangdao island. 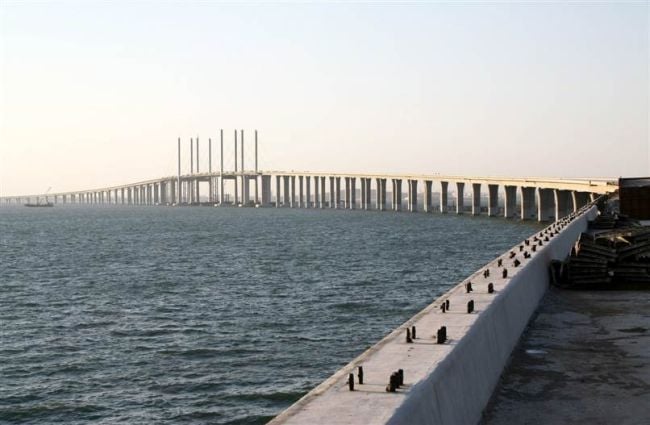 The actual cost, in dollars, varies according to the news sources that have reported its opening this week. The bridge, which is supported by five thousand pillars, took four years and 10,000 laborers to complete. The price stag varies between $1.5 billion to a little short of nine billion. That’s a pretty broad variation.

To allay fears that natural disasters could undo what mankind has wrought, Chinese authorities were quick to assure its earthquake proof construction. That, and it’s freaking huge.

Having built the largest structures on Earth, all that’s left for China to do is build a whole planet roughly the size of our moon to house a couple of billion people. The extra real estate would do the world a lot of good.