Logitech has just launched its Logitech Alert cameras rang of cameras designed for the home security market. The Logitech Alert 750i & 750e Network Cameras can stream video footage at 970 x 720 can can be set to be motion-triggered if required. Check out the demo video after the break.

The footage can then be monitored via a web interface or using a smartphone app that is available for either the iPhone, BlackBerry or Android OS smart phones.

The Logitech Alert 750i is the internal system, priced at $299.99 for the master kit, and uses HomePlug powerline adapters so you don’t need to run cables between your computer and the camera.

The bundled software allows you to section up the camera’s view into 16 zones, each of which can be selectively monitored for movement; when sensed, the camera begins recording with both audio and 15fps video, to both an included 2GB microSD card and to your PC for eventual offsite backup and can optionally send an alert to you via email. Have a look and our article on Android vs iPhone to see which smartphone and mobile platform is best for you. 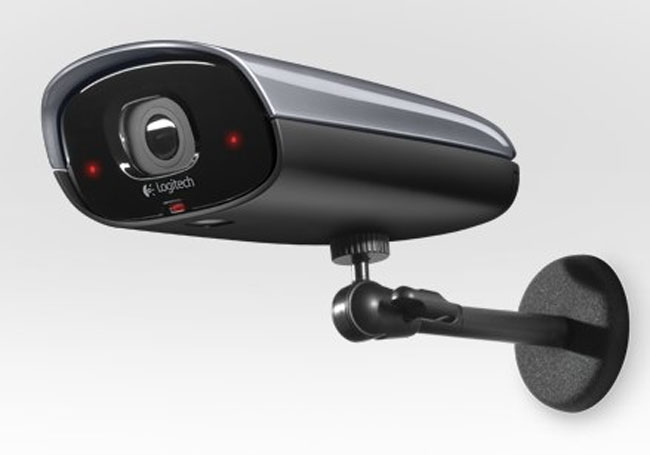 The big brother designed for the outdoors the Logitech Alert 750e, is priced at $349.99, and is weatherproof and has IR lights for night vision.

Logitech also offer indoor and outdoor models, together with a camera hidden in a desk clock for the extra sneaky out there.