The live checking cards would provide a new way for people to watch their spending. The cards could really change the way that people budget their money and could possibly eliminate debt. People would have a very clear view of what they’re spending and what they owe. 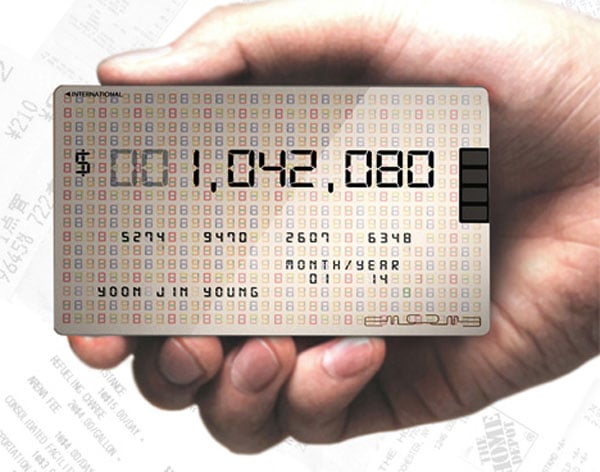 The cards could deter people from unnecessary shopping and materialism. It’s an incredibly interesting concept that was created by several designers over at Yanko Design.

What’s really neat about the concept is that on the edge of the card is a strip that emits a blue light or red light. The light that shines depends on the user’s financial status. When a person is within their card limit the outside edge of the strip should emit blue light and when the cardholder is beyond their limit they should expect to see a red light.

The card is being called a dream for husbands that have wives who have a difficult time controlling their shopping. With the help of the checking card individuals could have a reality check about what they can and cannot spend.