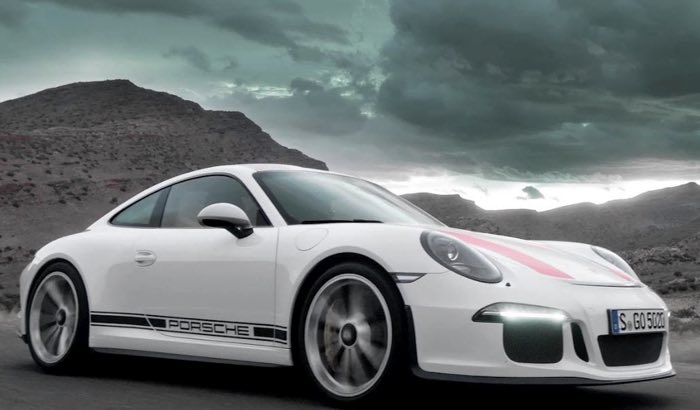 The new Porsche 911 R was made official at the Geneva Motor Show earlier this month, we have already seen a couple of videos of the car and now Porsche has release another one.

The latest 911 R video lets us listen to the amazing engine on Porsche’s latest 911, I have to admit it sounds awesome, have a look at the video below.

The 911 R features a 4.0 litre flat six naturally aspirated engine, it only comes with a manual transmission, which is a short shift box and it has some impressive performance.