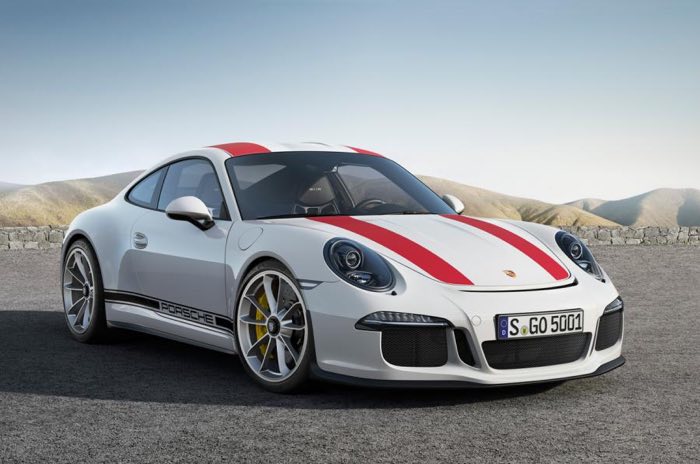 Porsche has made their latest 911 official, the Porsche 911 R and it looks like the leaked photos we saw yesterday were the real deal. 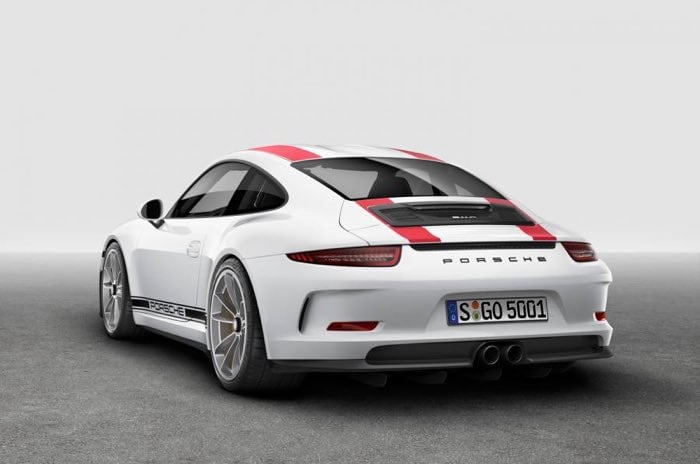 Celebrating its world debut at the 2016 Geneva International Motor Show, the new 2016 Porsche 911 R follows the tradition set by the first road-homologated race car bearing the name in 1967. Produced as part of a limited production series, the original 911 R (R for Racing) was entered in rallies, in the Targa Florio and in world record runs. Like its legendary predecessor, the new 911 R features a systematic lightweight construction, a high level of performance and an unfiltered driving experience. The 911 R is limited to 991 units worldwide, and represents the lightest available version of the 911 with a curb weight of just 3021 pounds. Powered by a 500 hp four-liter naturally aspirated flat-six engine which is mated to a six-speed manual transmission, the 911 R underscores Porsche’s commitment to building emotional and engaging high-performance sports cars with a maximum amount of driving pleasure. 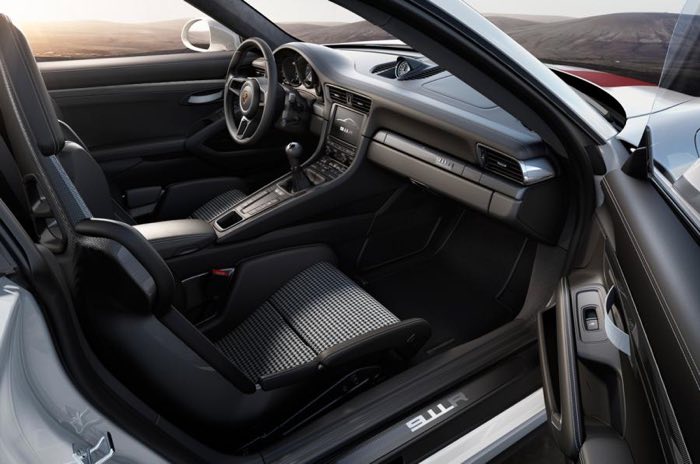 The Porsche 911 R will please purists as the car is equipped with a manual six speed gear box, with short gear ratios designed to provide quick shifting. 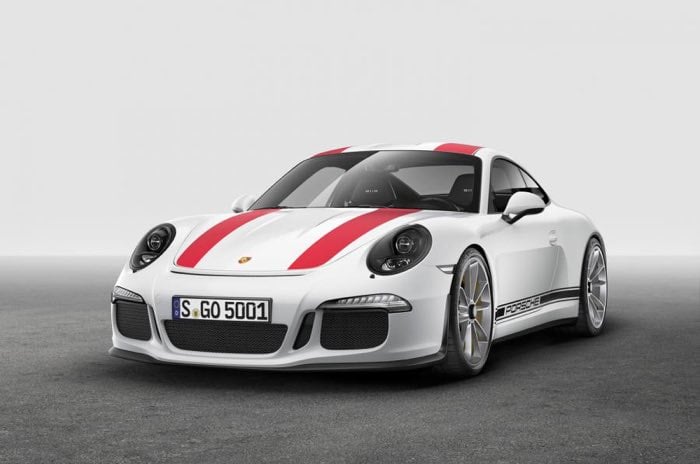 The new 911 R will launch in the US this summer and prices will start at $184,900 excluding destination charge, you can find out full details at the link below. 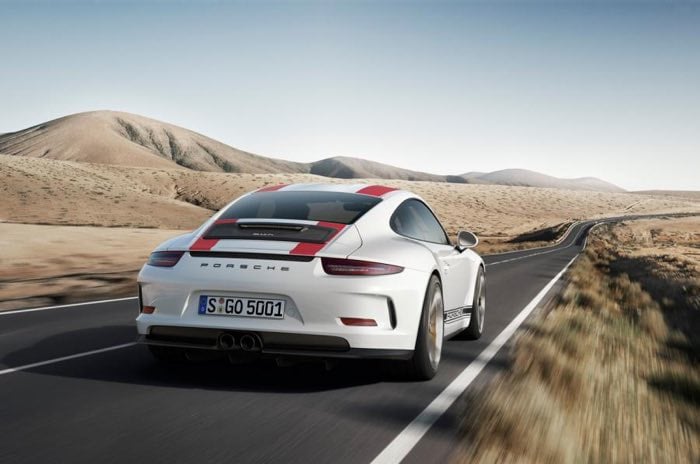