Things are definitely changing at Blackberry. With the appointment of a new CEO, things might head to a new direction for the Canadian manufacturer, at least we hope so. Anyway, if you remember, the Canadian OEM asked developers earlier this year to submit their applications in the Blackberry AppWorld. The company held many events, approaching various developers to create apps for their OS, may be to reach the 100,000 apps milestone. Surprisingly, they did reach their goal in May 2013. 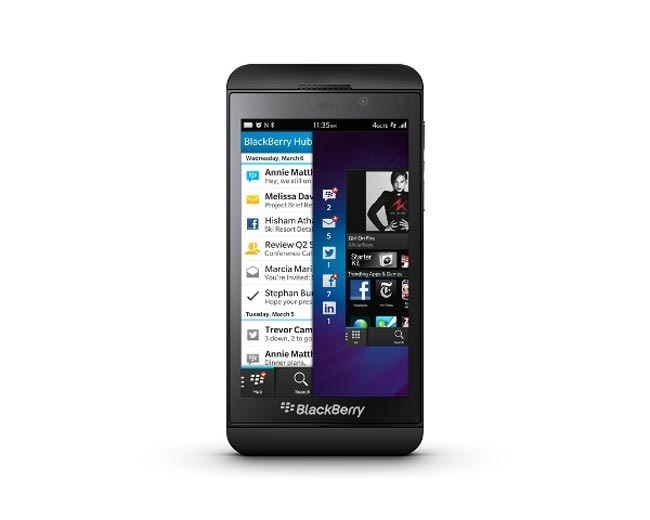 If you were one of the first 250 developers who submitted an app in the Blackberry App World and got it approved, you’d be happy to know that Blackberry is sending out emails to those developers informing them that they will receive a new limited edition Blackberry Z10 with a fresh coat of paint. The limited edition Z10 comes with a shiny new red color paint job. 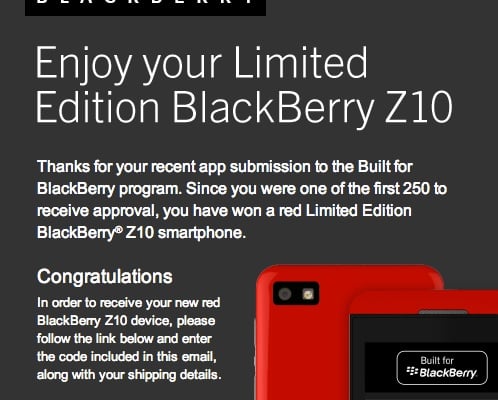 Before you get excited, there’s no difference in the specifications of the handset, it still features the same hardware as its normal version. Additionally, due to shipping restrictions, developers in many countries will not be able to get the shiny red Blackberry Z10. The list includes Belarus, China, Cuba, Indonesia, Iran, North Korea, Malaysia, Sudan, Syrian Arab Republic, Thailand, and Vietnam.