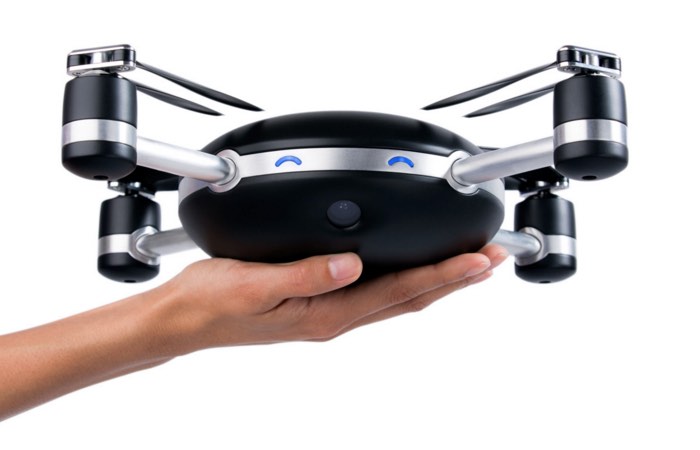 It has been reported this week by Lily Robotics that the company has raised more than $34 million in pre-orders for its smart camera drone, which requires no setup and can be simply thrown in the air to start flight.

Watch the video below to learn more about the new smart drone that flies by itself and requires no controller, but is capable of capturing your activity from a new perspective.

The smart camera drone is capable of capturing 1080p HD video at 60 fps and slo-mo at 720p at 120 fps as well as 12 megapixel still images. The drone is equipped with a built-in Lithium-Ion Battery that is capable of providing up to 20 minutes of flight time and using the supplied 10A charger requires a 2 hour charge time.

The drone also carries a waterproof rating of IP67 and is capable of flying to a maximum height of 15m or 50ft at a speed of 25mph or 40 km/h. For more information on the new Lily Smart Camera Drone jump over to the Lily Robotics website for details and to make a pre-order from $799 providing a discount of $200 before the drone officially launches.

Features of the Lily Smart Camera Drone include :