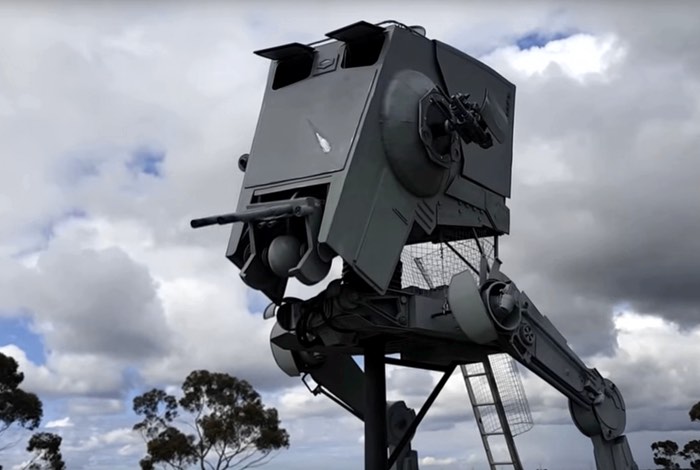 Check out the videos below to see more of the Star Wars AT-ST Walker which has been built by an architect and Star Wars fan who would rather remain anonymous.

The Star Wars Walker was spotted from a distance away and images were first published to the Imgur website after which, YouTube user Mr Kernish knocked on the door of the architect’s house to get more footage and photographs.

As you can see in the image above it even has realistic blaster marks on the front and the guns are fully movable and even have sound effects that can be triggered.

Specifications to build the AT-ST taken from the Internet and a custom-made plate identifies the build as a AT-ST or “Tempest Scout 2,” which is the scout walker hijacked by Chewbacca during the Battle of Endor. 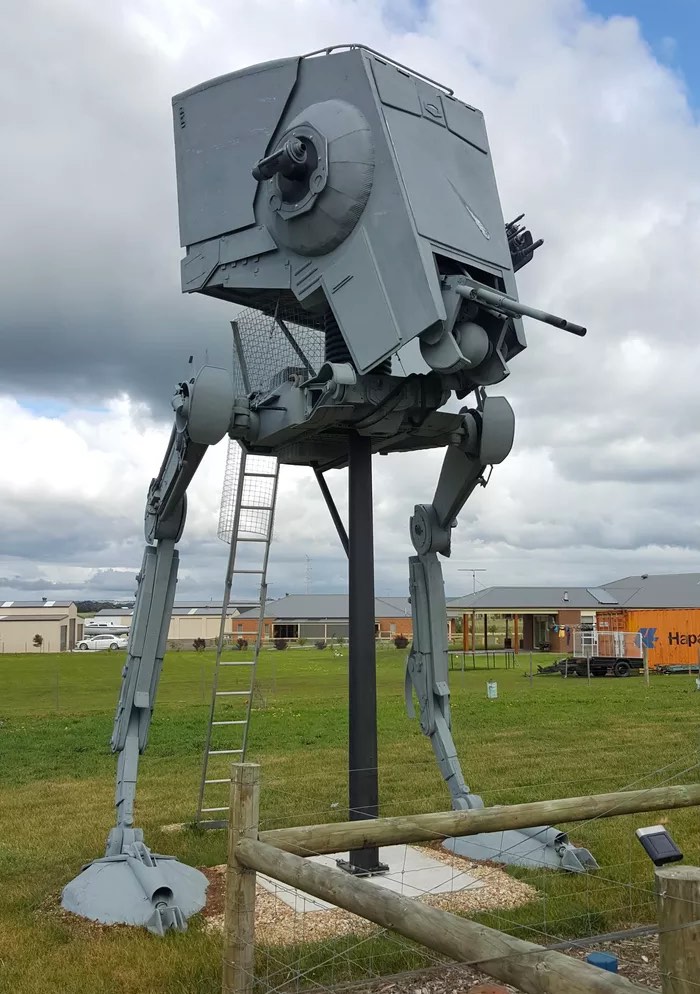