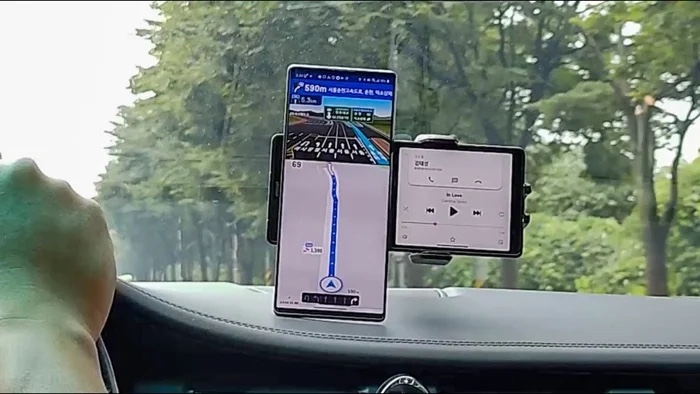 We recently heard a rumor that the new LG Wing smartphone would be made official on the 14th of September.

LG has now confirmed that they will be unveiling this new folding smartphone and their September the 14th press event.

LG Electronics (LG) confirms LG WING will be the first product to be launched under the Explorer Project, LG’s new mobile category aimed at discovering new ways to interact with mobile devices, focusing on the evolving and ever-changing needs of today’s consumers and challenging established user norms. LG’s boldest, newest smartphone will deliver a new and different form factor and mobile experience that would be impossible to create with conventional smartphones.

We previously saw  a video of the new LG Wing smartphone which has a vertical and a horizontal display, this can be seen in the picture above.

As yet we do not know many of the specifications on the handset, as soon as we her some more details on the hardware, we will let you guys know.