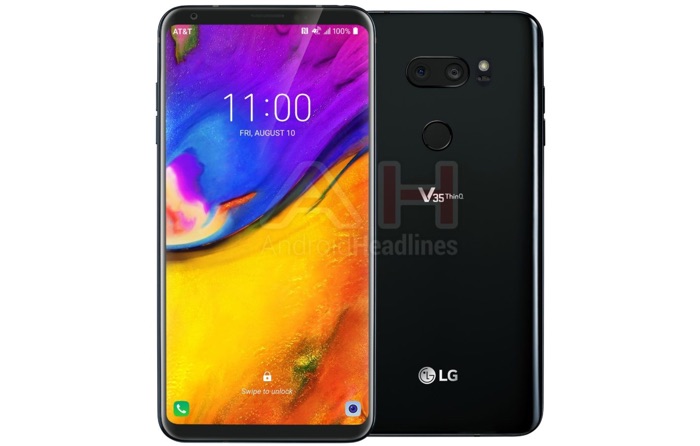 LG recently revealed their new LG G7 ThinQ smartphone and now we have details on another handset, the LG V35 ThinQ.

The guys from Android headlines have obtained some photos on the LG V35 ThinQ and this can be seen on the picture above. 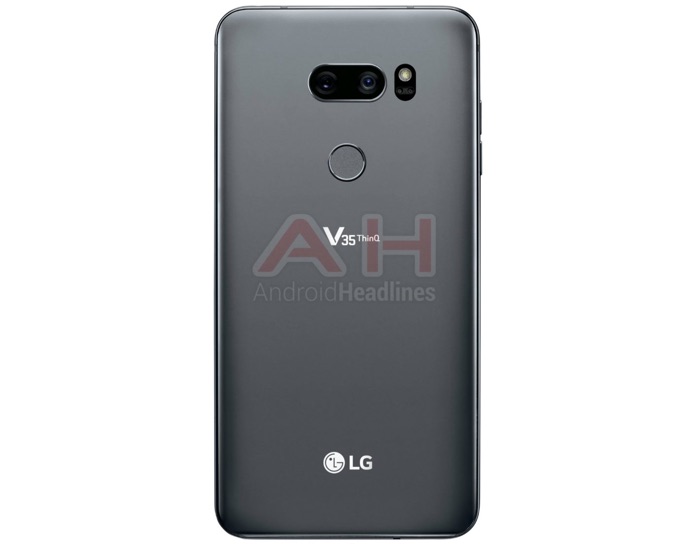 Previous rumors have suggested that the handset will come with a 6 inch OLED display with a QHD+ resolution of 2880 x 1440 pixels. The device is also rumored to come with 6GB of RAM and 64GB of included storage.

The device will come with dual rear cameras and these will apparently be two 16 megapixel cameras like the new LG G7 ThinQ. The handset is apparently launching this summer and it looks like it will be exclusive to AT&T in the US.

As soon as we get some more details about the new LG V35 ThinQ smartphone, including some more specifications on the device and a launch date, we will let you guys know.