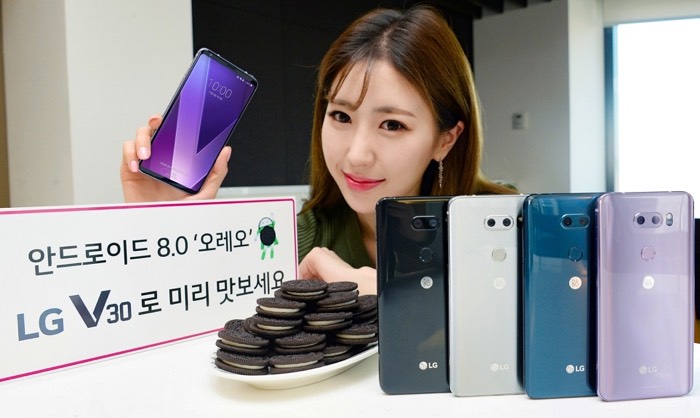 LG has revealed that their LG V30 smartphone is getting the Android 8.0 Oreo update in December. The company has also launched an Android Oreo preview for the handset in South Korea. If you own the handset in the country you can sign up to test out the software ahead of next months release.

On order to do this you need to apply to preview the Android Oreo update via LG’s Quick Help Application. The company will then send you an alert with the software update that will let you test it out. This will apparently happen some time this month.

This is only available in South Korea at the moment, there are no details as yet on whether LG will decide to expand their Android Oreo preview program outside of Korea. The update will be official released in South Korea in December, so we presume other countries will also get it at the same time.

The handset comes with a Qualcomm Snapdragon 835 processor and 4GB of RAM, it also features a 6 inch OLED display with a Quad HD+ resolution of 2880 x 1440 pixels. The device has 64GB of storage and a microSD card slot.

It also comes with dual cameras on the back, one has a 16 megapixel camera and a standard lens, the other a 13 megapixel camera and a wide angle lens. The handset features a 5 megapixel front facing camera. As soon as we get some  ore details on exactly when the Android 8.0 update is coming to the LG V30 in the US, UK and other countries we will let you guys know.