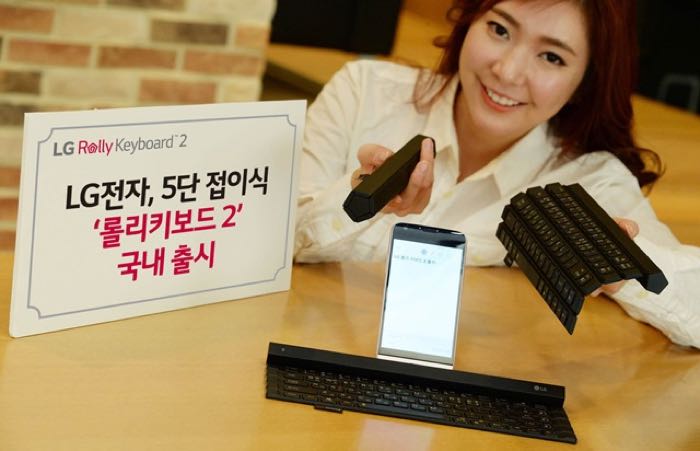 Some of our readers will remember the LG Rolly keyboard that launched last year, LG has now announced a new version of the keyboard, the LG Rolly Keyboard 2.

The LG Rolly Keyboard 2 now comes with five rows of keys instead of four in the previous model which is designed to make the device more portable.

The new keyboard now lets you pair up to three different devices at once and it comes with a 1/4 inch smartphone mount and it has a similar layout to that of a laptop keyboard.

As well as working with your smartphone or tablet the new Rolly Keyboard 2 will also work with Mac and Windows devices.

LG are launching their new keyboard in South Korea, as yet there are no details on whether it is headed to the US and Europe, as soon as we get some more details we will let you guys know.