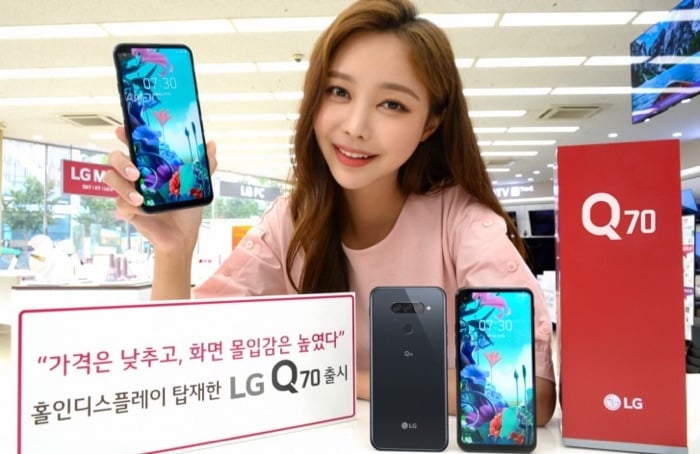 LG has launched a new Android smartphone, the LG Q70 and the handset will be shown off at IFA 2019 next month.

The new LG Q70 comes with a 6.4 inch display with a Full HD+ resolution and it comes with a cut out for the front facing camera.

The handset is powered by a Qualcomm Snapdragon 675 mobile processor and it comes with 4GB of RAM and 64GB of built in storage, there is also a microSD card slot for expansion.