Ahead of their official unveiling and launch, images of the new LG Optimus F7 (left) and Optimus F5 (right) have been leaked out, revealing what the two smartphone will look like.

The LG Optimus F7 and F5 images have been discovered by EVleaks who leaked them via their Twitter account, earlier today, ahead of the Mobile World Congress (MWC) in Barcelona from February 25th – 28th. 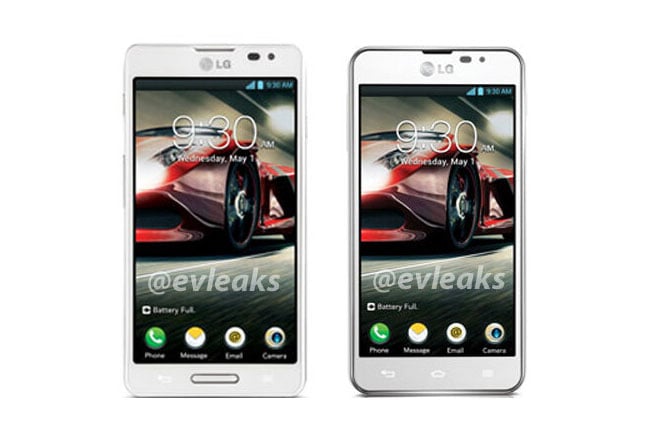 Unfortunately at the moment there are no details on specifications for the LG Optimus F7 And F5 smartphones, other than they are both definitely Android devices by the look of the leaked images. But as soon as more information becomes available from the MWC event next week or leaked sources we will keep you updated as always.