LG G Pad has seen its fair share of rumors. The device was leaked in a number of videos and we even saw render image of the device. Some rumors also suggested that the device will be powered by Snapdragon 600 chipset – which appears to be true. Finally, LG has unveiled the much-talked about tablet that is all set to see the daylight at IFA 2013. 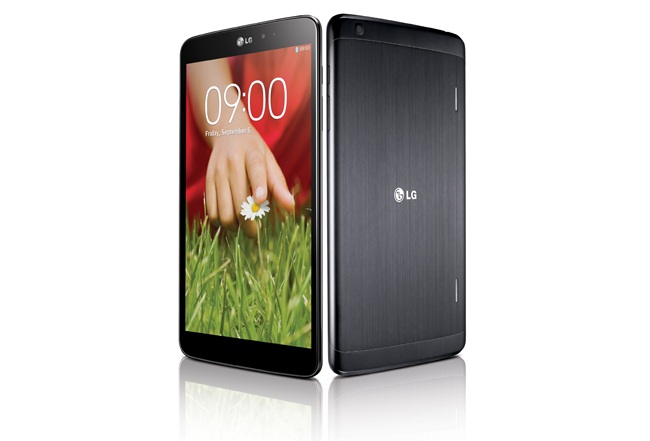 After a lot of rumors, LG officially unveiled its first tablet, G Pad 8.3 that will debut on IFA 2013. The device brings an 8.3-inch Full HD WUXGA display boasting a resolution of 1920 x 1200. The deivce is powered by quad-core Qualcomm Snapdragon 600 SoC with a clock speed of 1.7GHz and Adreno 320 GPU, 2GB RAM, 16GB internal storage and a massive 4,600 mAh batter. On the back side, the device sports a 5 megapixel camera with a 1.3MP front shooter. In terms of software, the device runs Android 4.2.2 Jelly out of the box – something many of us will be disappointed with as the latest Android 4.3 was released more than a month ago.

Another interesting feature in the LG G Pad 8.3 is QPair app that let users connect their devices to smartphones and tablets, even the ones from other manufactures. With this app, every message and call will appear on the G Pad and users can send replies via G Pad.

There are no details about the pricing of the device but LG mentions that they wil introduce the pricing at the launch event. The tablet is expected to hit all the key markets including North America, Europe and Asia followed by other regions by the end of this year.

The device brings decent set of specifications but do you think it will be able to give a tough competition to Google Nexus 7 II and iPads? Don’t forget that Apple is also expected to unveil the upgraded iPad and iPad Mini in October. It seems as if we have a action-packed last quarter.