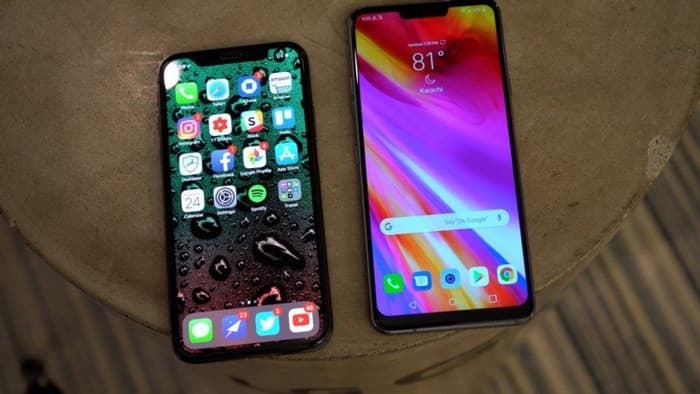 The new LG G7 ThinQ smartphone was made official yesterday and now we have a video putting the LG G7 ThinQ vs iPhone X.

The videos of the new LG G7 and the iPhone X was put together by the guys over at MacRumors and it compares the two handsets side by side.

The handset comes with Android 8.0 Oreo and it features high end cameras on the front and back. These include dual 16 megapixel rear cameras and an 8 megapixel front facing camera. The handset also features a 3000 mAh battery and it comes with an IP68 rating for dust and waterproofing.