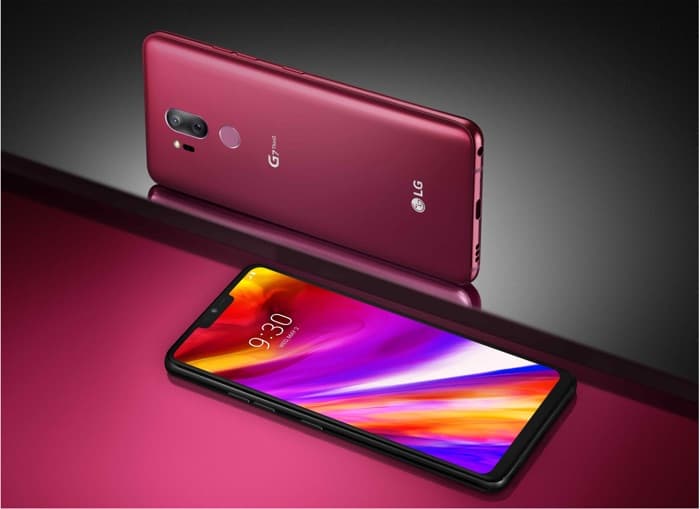 We have been hearing rumors about the new LG G7 ThinQ smartphone for weeks, the handset is now official and we have all the details on LG’s latest flagship.

Powered by the latest Qualcomm® Snapdragon™ 845 Mobile Platform, the LG G7 ThinQ offers 4GB/6GB of RAM and 64GB/128GB of internal storage to run even the most demanding tasks and apps with ease. Equipped with a stunning 6.1-inch bright display has is nearly half an inch larger than its predecessor but not a hair wider, the LG G7 ThinQ is sized perfectly to be used with one hand.

Sporting a new design aesthetic for the G series, the polished metal rim gives the LG G7 ThinQ a sleeker, more polished look, complemented by Gorilla Glass 5 on both the front and the back for enhanced durability. Again rated IP68 for dust and water resistance, the LG G7 ThinQ was designed to meet the requirements of MIL-STD 810G tests designed by the United States military to evaluate the performance of equipment in harsh environments.

The device features a 3000 mAh battery, a dual 16 megapixel camera and an 8 megapixel front facing camera. It also comes with android 8.0 Oreo and a range of new features.

LG have said that the handset is coming to South Korea first, the North America, Europe, Latin America and Asia, pricing will be announced closer to launch.