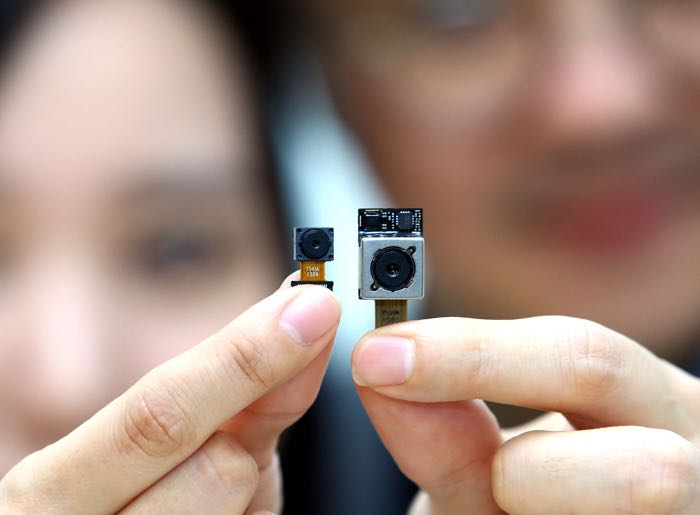 LG has already shown us the display for their new LG smartphone and now the company has announced a new mobile camera module which will be used in the LG G4.

The LG G4 will come with a new 16 megapixel camera with a f/1.8 lens and it is designed for taking photos in low light conditions.

The advanced design of the camera module means that it receives 80 percent more light than in the highly praised camera found on the LG G3. More light means better looking images in low light environments and less blur when shooting action and fast moving objects. Large apertures on smartphone cameras has been challenging to develop due to the complexity and size of developing modules that must fit in the very limited space of today’s smartphones.

Furthermore, in response to the explosive growth of selfies, LG Innotek developed an 8MP front-facing camera module, its highest resolution for a front camera to date. This high resolution module’s ultra-thin IR filter keeps infrared light from entering the camera lens, giving images taken with the front camera more natural and accurate colors. The 0.11mm thin filter is roughly half the thickness of competing IR filters.

LG will make their new LG G4 smartphone official at a press event on the 28th of April, as soon as we get some more details about the device, we will let you guys know.