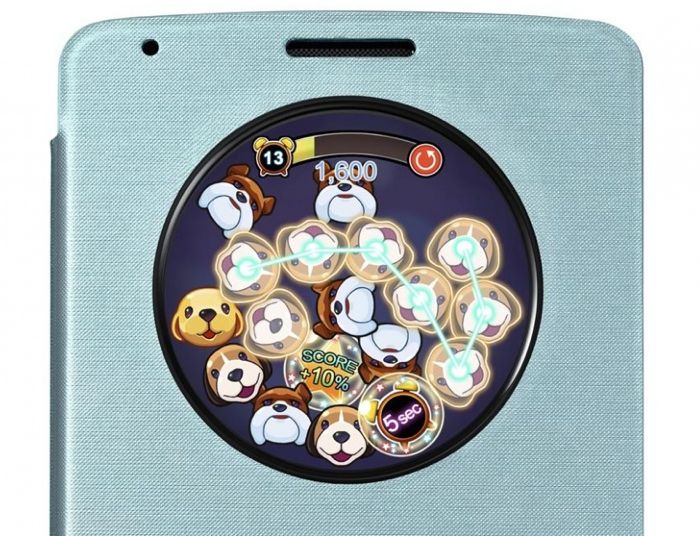 The LG G3 is an impressive smartphone, and as well as its high end specifications, the handset also comes with some accessories like the QuickCircle Case.

The G3 QuickCircle case shows a portion of the display on the LG 3, in the display it will show you a range of notifications, and now LG has launched their first game which is designed to be played with the case, called Puppy Pop.

Puppy Pop is a match-three puzzle game developed by LG specifically for the G3 with QuickCircleTM Case to be played through the open window on the cover. Players accumulate points by drawing lines through three or more identical puppies, removing as many from the board before time runs out. Scores can then be shared on the player’s favorite social network site.

A fun and unique way to experience the QuickCircleTM Case, Puppy Pop also represents LG’s continuing effort to develop mobile content that enhances the functionality of its products. Puppy Pop is an example of the versatility and flexibility of the LG QCircle software development kit (SDK) available at developer.lge.com for developers to create new applications and functions for the QuickCircleTM Case.

Developers will also be able to create games for the QuickCircle case on the new LG G3, so we can expect to see more of these games land on the handset in the future. Puppy Pop for the LG G3 will be available on the Google Play Store from today, you can find out more details over at LG at the link below.