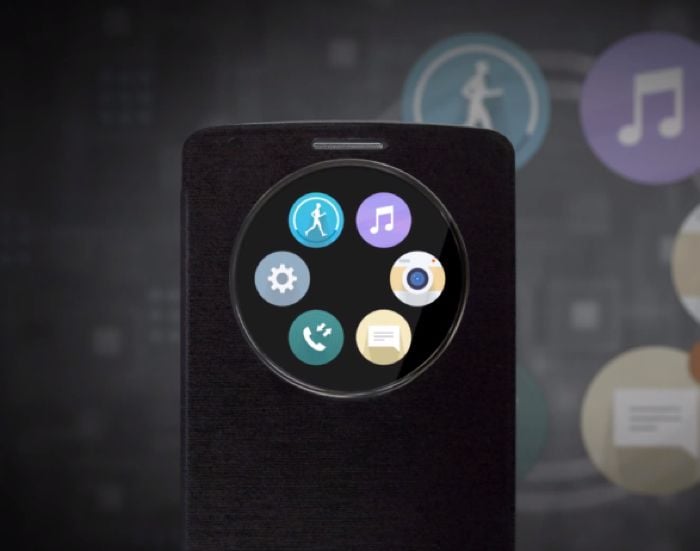 The new LG G3 is yet to be made official, but earlier today LG unveiled a new accessory for the handset, the LG G3 QuickCircle case.

LG also announced that the would be releasing an SDK for the QuickCircle case, this will allow developers to integrated features from the case and the LG G3 into their applications.

The case will allow you to wireless charge your LG G3 smartphone with the use of a Qi wireless charger, and it comes with various features that lets you perform a range of tasks from your handsets home screen, have a look at the video below.

As you can see from the video, the LG G3 QuickCircle case has a round windows that shows you a portion of the handsets display, and this can be used for a number of things.

The case can be used to answer calls, take photos, reply to messages and texts, play music, and more, it certainly seems like a cool feature for the handset, as it will give you instant access to a number of features without having to remove the case.

LG will be making the new LG G3 smartphone official at their press event on the 27th of May, we will have more details on the device then.