The photo below was posted online by Ubergizmo, and it shows that the LG G3 will feature a QHD resolution of 2560 x 1440 pixels, the display is said to be around 5.2 inches. 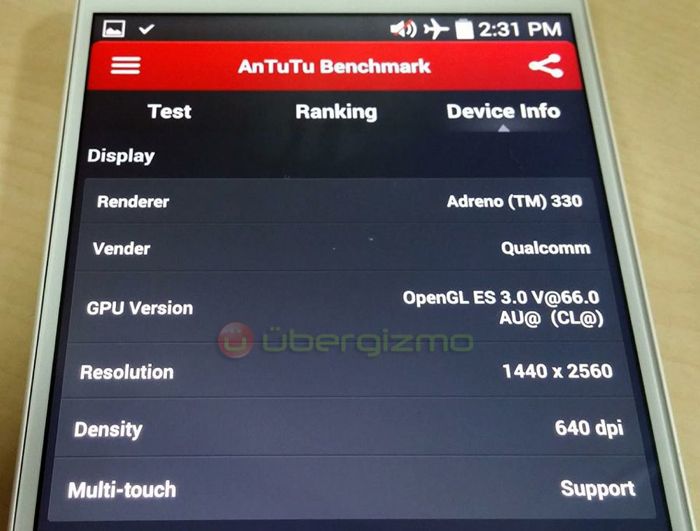 We also heard previously that the new LG G3 would come with a quad core Qualcomm Snapdragon 801 processor and an Adreno 330 GPU, the clock speed of the processor is said to be around 2.5GHz.

Other rumored specifications on the new LG G3 include Android 4.4 Kit Kat, plus front and rear facing cameras, the device is said to come with a 13 megapixel rear camera and a2.1 megapixel front camera.

As yet there are no details on how much RAM the LG G3 will come with, although we would expect the device to come with at least 2GB of RAM, it is also expected to feature 32GB of built in storage.

As soon as we get some more details on the new LG G3 including, confirmation on the handsets specifications, and some more pictures of the device, we will let you guys know.