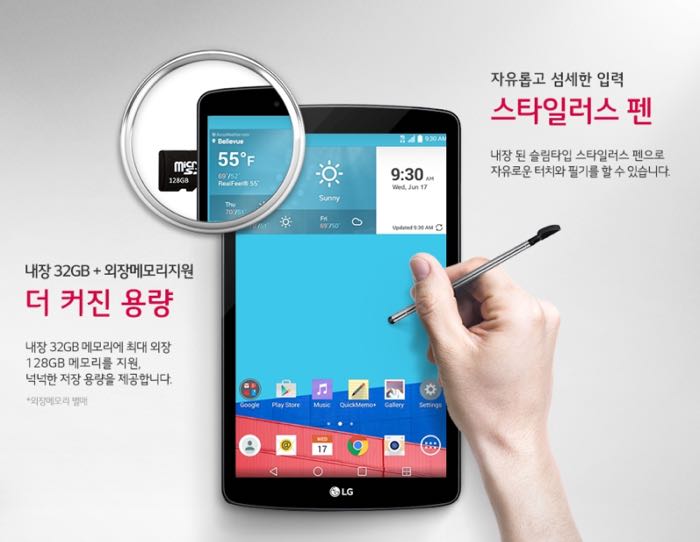 The original LG G Pad tablet launched back in 2014 and now LG has unveiled the devices successor, the LG G Pad 2.

The new LG G Pad 2 tablet comes with some similar specifications to the original device, which include an 8 inch display that has the same 1280 x 800 pixel resolution as the previous device.

The tablet comes with a 1.2GHz Snapdragon 400 processor and 1.5GB of RAM, the previous tablet had the same processor but 1GB of RAM.

Other specifications on the device include 32GB of built in storage and a microSD card slot which supports up to 128GB cards.

As yet there are no details on whether LG intend to launch the device outside of South Korea, as soon as we get some more information, we will let you guys know.